AB de Villiers, along with Virat Kohli, has been an integral part of Royal Challengers Bangalore for a long time. 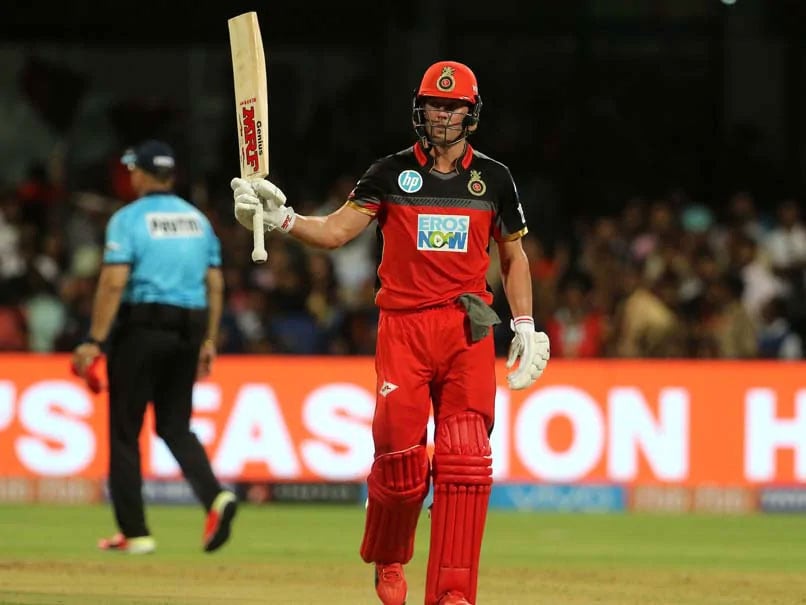 AB de Villiers has expressed his desire to stay with RCB for the rest of his life.© BCCI

Royal Challengers Bangalore fans have a big reason to be happy. South African star AB de Villiers has expressed his desire to stay with the IPL franchise till he calls time on his career. In comments posted on RCB's official website, AB de Villiers, who has formed a lethal partnership with Kohli in previous IPL editions, said that he enjoys "the franchise, the vibe, the people" and would want to continue representing the franchise for the rest of his life. "Obviously, playing for Bangalore for the first three-four years, going into your fifth year, I realised I would love to play here for the rest of my life," RCB quoted AB de Villiers as saying to Pommie Mbangwa in an Instagram Live session.

The South African superstar joined the Bangalore franchise in 2011 and along with Kohli, soon became a fan favourite.

Individually and together, the two dominated bowlers but that still was not enough for the Royal Challengers Bangalore to win the IPL time, something that has eluded them till now.

But despite that De Villiers and Kohli's popularity among RCB fans is untouchable.

De Villiers said that he really enjoys playing for the franchise and has created friendships that he wouldn't want to leave.

"I really enjoy the franchise, the vibe, the people. You create friendships you don't want to leave. Then I started feeling that I actually want to play for RCB," said the South African.

AB de Villiers and Kohli have formed a strong bond on and off the field and both speak fondly of each other. Recently, the South African batsman had likened the Indian skipper to tennis legend Roger Federer, while comparing Kohli's on-field rival Steve Smith to Rafael Nadal.

"It's a difficult one, but Virat is definitely the more natural ball-striker, there's no doubt about that," de Villiers said during his interaction on "Sports Hurricane".

"In tennis terms, I'd say he's more like a (Roger) Federer whereas Smith is like a (Rafael) Nadal. Smith is mentally very strong and figures out a way of scoring runs - he doesn't look natural, but he ends up writing records and doing amazing things at the crease," De Villers added.