No Place For Virat Kohli In Yuzvendra Chahals -F.R.I.E.N.D.S- Post?

Yuzvendra Chahal on Tuesday posted a snap with his past and present teammates on Twitter with an interesting caption. 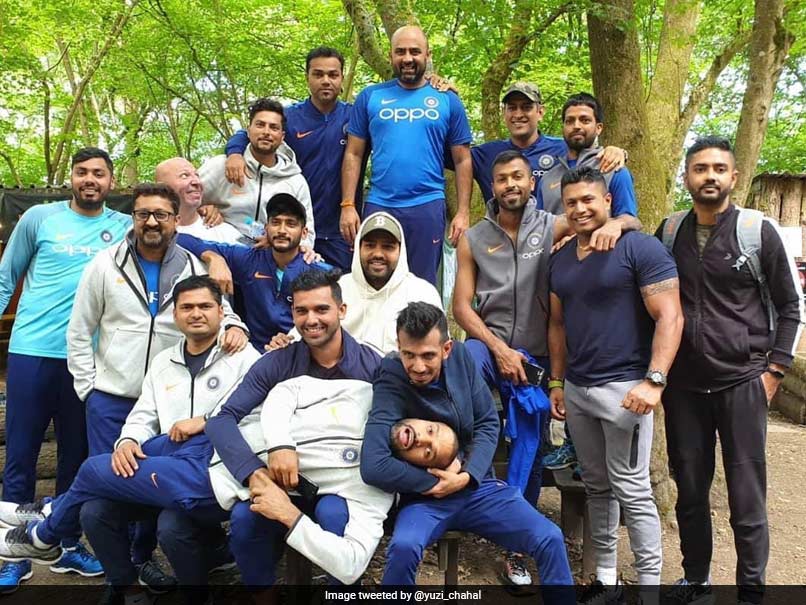 Yuzvendra Chahal posted a throwback picture with MS Dhoni and others.© Twitter

It seems F.R.I.E.N.D.S: The Reunion fever is still running high among the fans of the popular American sitcom. On Tuesday, ace Indian leg-spinner Yuzvendra Chahaljoined the list of players and tweeted about the reunion of the beloved drama series. But there is a twist. Chahal, on Tuesday, posted a pic with a few past and present members of the Indian team and support staff and captioned it, "F.R.I.E.N.D.S". Chahal's throwback photo features MS Dhoni, Rohit Sharma, Shikhar Dhawan, Kuldeep Yadav, Hardik Pandya and former Indian physiotherapist Patrick Farhart, among others.

However, what caught the attention of cricket fans was the glaring absence of Indian skipper Virat Kohli.

Responding to the post, a cricket enthusiast questioned the absence of Kohli in the comment box. "Where is Virat?" he wrote along with two weary face emojis.

"One pic with Virat or we riot Yuzi," wrote another user.

one pic with Virat or we riot Yuzi

Chahal, who was last seen in action during the Indian Premier League (IPL) 2021, could return to competitive cricket next month when India travels to Sri Lanka for a limited-overs series. The white-ball series will kick-start on July 13.

Chahal had a mediocre season with the ball for RCB in IPL 2021. He managed to pick just four wickets in seven games for the Kohli-led outfit. However, the leggie would look to regain his form during the Sri Lanka series to consolidate his spot in the Indian squad for the ICC men's T20 World Cup, which will be played later this year.