Virat Kohli took to Twitter to inform fans that he never claimed to be a vegan, stressing that he has always maintained that he was a vegetarian. 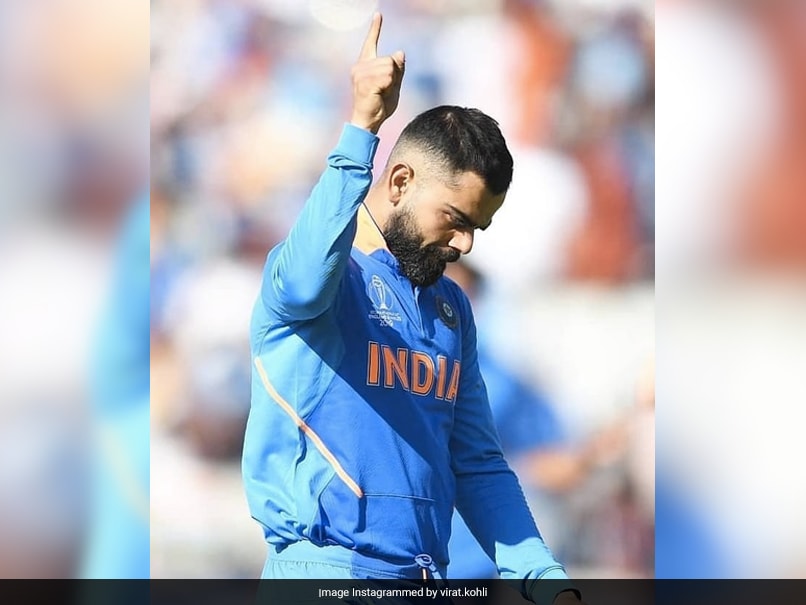 Virat Kohli informed people that he had never claimed to be a vegan.© Instagram

India skipper Virat Kohlitook to Twitter to inform people that he had never claimed to be a vegan, stressing that he has always maintained that he was a vegetarian. Kohli's response comes after he, during a question-and-answer session, said that he consumes egg white, among other things, in his diet. "I never claimed to be vegan. Always maintained I'm vegetarian. Take a deep breath and eat your Veggies (if you want)," Kohli tweeted.

I never claimed to be vegan. Always maintained I'm vegetarian. Take a deep breath and eat your Veggies (if you want

Kohli answered a lot of interesting questions on Saturday during the session, ranging from his diet to  quarantine routine to his bond with former India skipper MS Dhoni.

A fan asked the Indian skipper about his routine during quarantine to which Kohli replied: "Train once a day. Spend time with family. Pretty normal."

Given the kind of high fitness standards, Kohli has set for himself and others, it was only normal that many fans, who idolise him, are intrigued about what he eats.

He was asked about his diet during the session and he revealed that it mainly comprises "lots of vegetables, some eggs, 2 cups of coffee, dal, quinoa, lots of spinach, love dosa too". In the end, he also highlighted that it is important to make sure that whatever he consumes is in "controlled quantities".

In September 2019, Kohli had praised a documentary which celebrates plant-based eating and added that he never felt better in his life since he turned vegetarian.

"Saw Game Changers on Netflix. Being a vegetarian athlete has made me realise what I have believed all these years regarding diet was a myth. What an amazing documentary and yes I've never felt better in my life after I turned vegetarian," Kohli had tweeted, echoing the sentiments of his wife Anushka Sharma, who had also praised the same documentary.