Yuvraj Singh, India's 2011 World Cup hero, backed all-rounder Shivam Dube, who made his debut in the three-match T20 series against the West Indies. 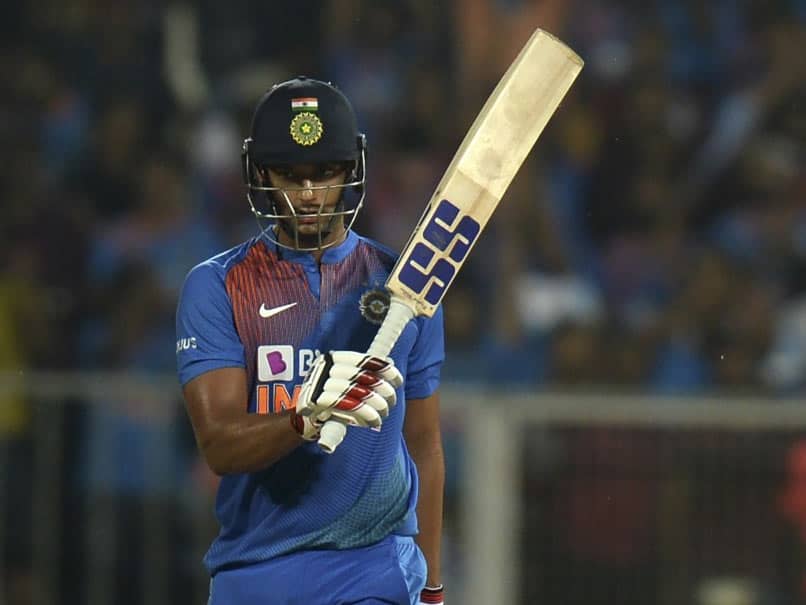 Shivam Dube made his debut in the three-match T20 series against the West Indies.© AFP

Former India stars Yuvraj Singh and Harbhajan Singh on Tuesday said India's T20 World Cup team should be finalised four months prior to the marquee event. "I think the team should be ready four months before the World Cup, I mean what should be your 16 or 14. I think we should be ready prior to the World Cup," said Yuvraj during a session of 'Agenda Aaj Tak'. India is auditioning for the tournament by trying out lots of youngsters. Yuvraj, India's 2011 World Cup hero, backed all-rounder Shivam Dube, who made his debut in the three-match T20 series against the West Indies.

"Let's see what combination we get. I liked the fact that they included Shivam Dube. He is a good option because he a left-hander, who can bowl also, because Hardik (Pandya) has fitness concerns," Yuvraj's former teammate Harbhajan Singh echoed similar views.

"The team should be set and players should know that they are playing the World cup, it shouldn't happen that there is any doubt whether one will get a place," said Harbhajan, who was part of India's two World Cup winning teams.

"They should be sure about their place and role in the team. The more clarity they have it would be better for India's preparation." Playing his maiden ODI, Shivam went for 68 runs in 7.5 overs, but Harbhajan threw his weight behind the all-rounder, saying he should get enough chances to prove his worth in the T20 squad.

"There was a lot of criticism of Shivam Dube. He bowled six overs (7.5 overs) but we must have done something wrong in the rest of the overs. The deserving players should get enough time to prove themselves... like other players are getting 15 chances, he should also get that chance," added the 39-year-old.

Yuvraj Singh Shivam Dube Cricket
Get the latest updates on India vs Australia Series, check out the India vs Australia Schedule for 2020-21 and Ind vs Aus live score . Like us on Facebook or follow us on Twitter for more sports updates. You can also download the NDTV Cricket app for Android or iOS.