"You Complete Me In Every Way": Virat Kohli's Anniversary Post For Anushka Sharma

Virat Kohli took to Instagram to congratulate his wife Anushka Sharma on their fourth wedding anniversary and also wished his daughter Vamika on completing their first year as a family. 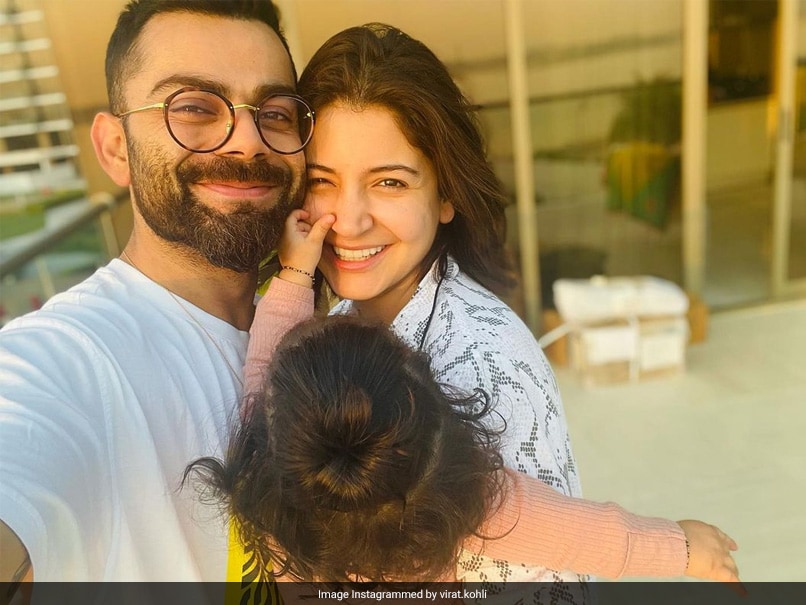 Having recently won a two-match Test series with Team India, Virat Kohli took to Instagram to wish his wife Anushka Sharma on their fourth wedding anniversary. The red-ball captain also congratulated Anushka and daughter Vamika on completing a year as a family. The 33-year-old posted three photographs, with the first picture being a family snap. Calling Anushka his inspiration, the Royal Challengers Bangalore (RCB) batter wrote, "4 Years of you handling my silly jokes and my laziness. 4 years of you accepting me for who Iam everyday and loving me regardless of how annoying I can be. 4 years of the greatest blessing god could've showered on us. 4 years of being married to The most honest, loving, brave woman and the one who inspired me to stand by the right thing even when the whole world could be against you.

"4 years of being married to YOU. You complete me in every way, I'll always love you with all that I have and more.

"This day is more special as its our first anniversary as a family and life is complete with this little munchkin", he concluded.

The post was well-received by fans, with everyone showering the family with love and affection.

Kohli and Anushka got married in 2017 and their daughter was born this year on January 11.

Kohli was recently replaced by Rohit Sharma as India's white-ball captain but still remains the red-ball skipper. In the recent Test series against New Zealand, Kohli led India to a 1-0 victory.