"We Are In Southampton": Rohit Sharma Shares Pic With Rishabh Pant

Rohit Sharma and Rishabh Pant posed for a photo as Team India arrived in Southampton ahead of the World Test Championship final. 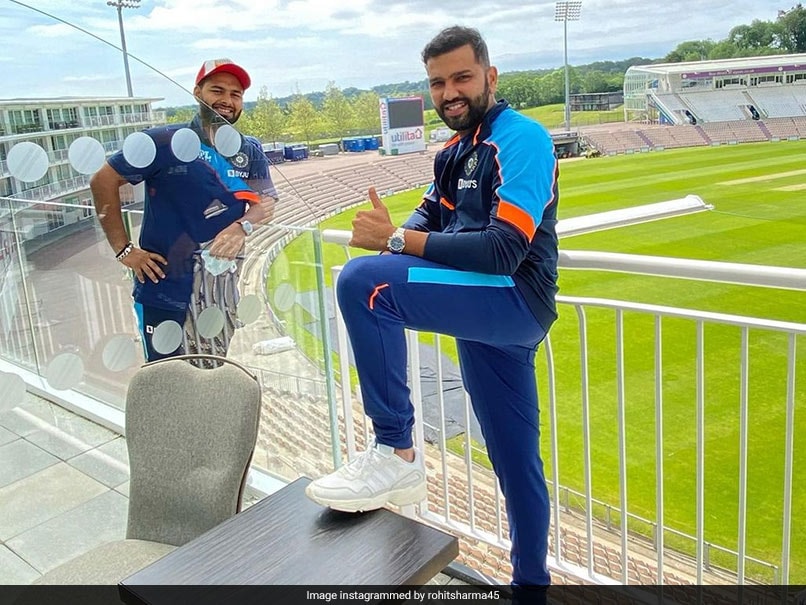 India opening batsman Rohit Sharma, who landed in London on Thursday, took to Instagram to share a picture where he is seen with Rishabh Pant, from the venue for the World Test Championship final -- The Ageas Bowl in Southampton. The final of the first edition of the World Test Championship will be played between India and New Zealand, from June 18-22 with June 23 kept as reserve day. "We are in Southampton," Rohit Sharma captioned the post and tagged wicketkeeper-batsman Rishabh Pant. In the pic, both Rohit and Pant can be seen with the Ageas Bowl ground in the background.

Earlier in the day, Wriddhiman Saha also shared pictures from the team room's balcony and asked fans their view about the stadium.

Saha tagged the Board of Control for Cricket in India (BCCI) in his tweet and wrote "That's our view from the room balcony..Your thoughts?"

That's our view from the room balcony..Your thoughts? @BCCI pic.twitter.com/0OB0kpwnOY

The Indian men's and women's team arrived at the Heathrow airport in London on Thursday.

The men's team led by Virat Kohli will take on England in a five-match Test series after the World Test Championship final. On the other hand, the women's team will play a one-off Test, three One-day Internationals and three Twenty20 Internationals against England.

Mithali Raj will captain the women's team in the Test and ODIs while Harmanpreet Kaur will lead the side in the shortest format of the game.