WI vs IRE: A joint statement from Cricket West Indies (CWI) and Cricket Ireland said the two boards are in discussions to review the match schedule and are working to explore all possibilities for the series to be completed. 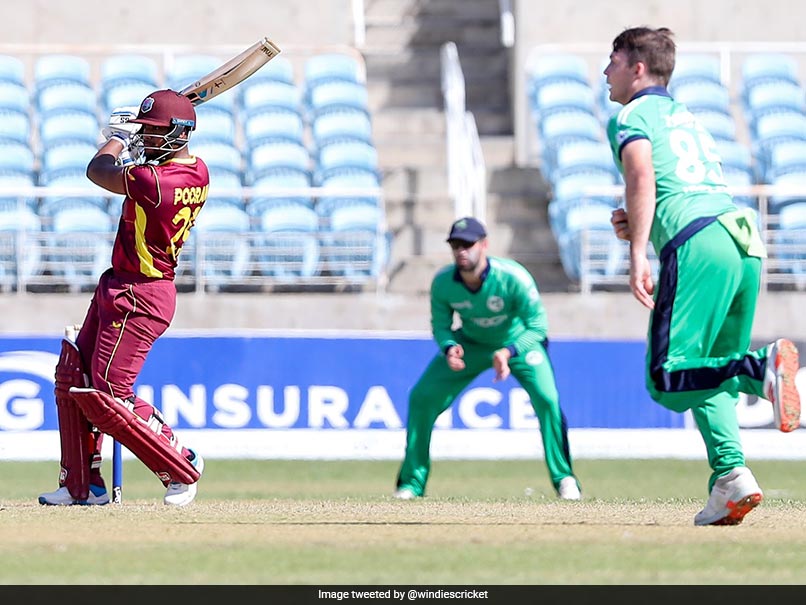 WI vs IRE: Second ODI at the Sabina Park in Kingston has been postponed.© Twitter

"The second One-Day International scheduled for Sabina Park on Tuesday, January 11 has therefore been postponed," it added.

According to Cricket West Indies (CWI), the five members of the Ireland team who have returned with positive COVID-19 results remain in isolation under the care and supervision of the medical teams.

Ireland cricketers Simi Singh and Ben White were ruled out of the first ODI against West Indies on Saturday after testing positive for COVID-19.

But the game went ahead as planned. In the first ODI Shamarh Brooks and Kieron Pollard starred with the bat as West Indies defeated Ireland by 24 runs here at the Sabina Park on Sunday.

Kieron Pollard Sabina Park, Kingston, Jamaica Cricket West Indies vs Ireland, 2nd ODI
Get the latest updates on IPL Auction 2023 and check out  IPL 2023 and Live Cricket Score. Like us on Facebook or follow us on Twitter for more sports updates. You can also download the NDTV Cricket app for Android or iOS.