Oshane Thomas' agent said that the Jamaican pacer was "at home resting" after he was discharged following treatment and scans. 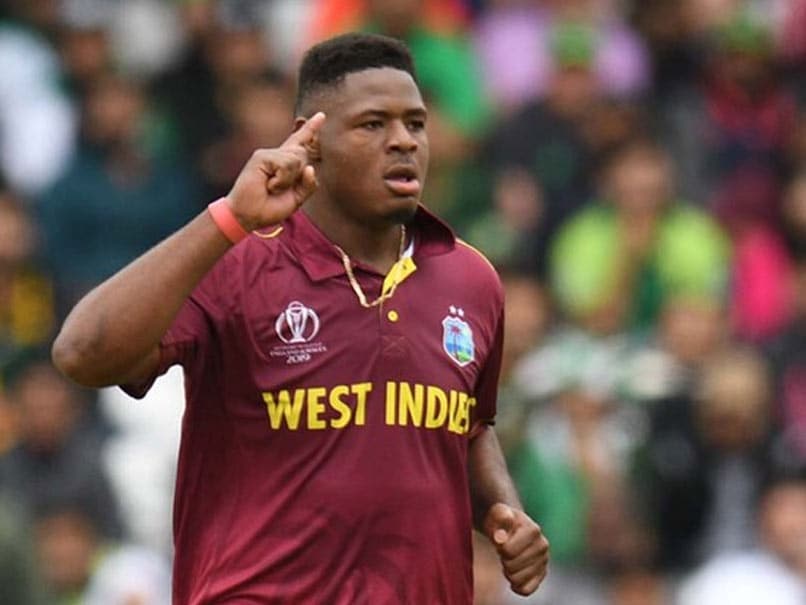 Oshane Thomas will be playing for the Rajasthan Royals in the upcoming edition of IPL.© AFP

West Indies pacer Oshane Thomas has been left injured after being involved in a car accident in Jamaica late Sunday. According to a statement from the West Indies Players' Association (WIPA), Thomas was reportedly involved in a two-vehicle collision on Highway 2000 near Old Harbour in St. Catherine and was taken to hospital. Thomas' agent said that the Jamaican pacer was "at home resting" after he was discharged following treatment and scans.

"WIPA's executive and staff would like to extend our sympathies to Oshane. We wish for him a speedy and full recovery," read the WIPA statement.

Thomas last played for West Indies in an ODI against Ireland last month. He was left out of the squad for the tour of Sri Lanka. He has played 20 One-day Internationals (ODIs) and 10 Twenty20 Internationals (T20Is), picking up 27 and nine wickets respectively.

The right-arm pacer has his eyes locked on theIndian Premier League (IPL) tournament, set to begin March 29 where he will be playing for the Rajasthan Royals.

Oshane Thomas Cricket
Get the latest updates on Fifa Worldcup 2022 and check out  Fifa World Cup Schedule, Stats and Live Cricket Score. Like us on Facebook or follow us on Twitter for more sports updates. You can also download the NDTV Cricket app for Android or iOS.