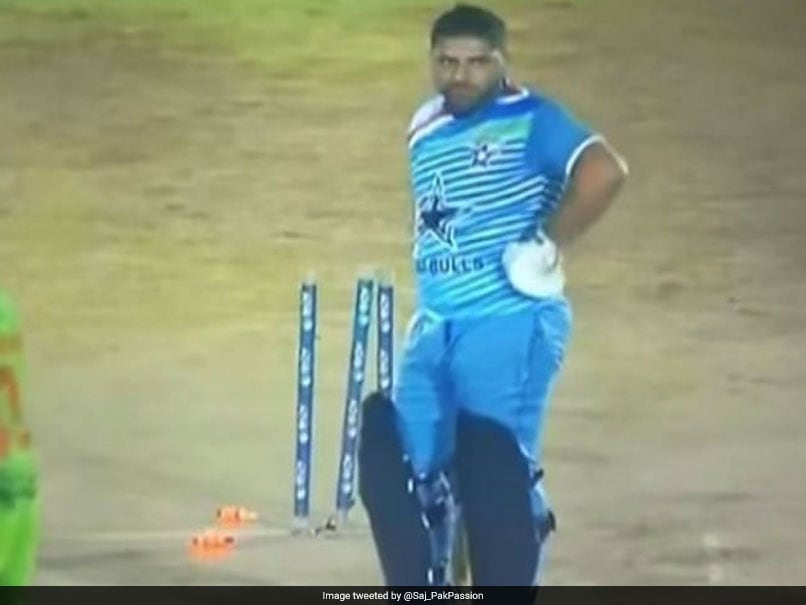 The International Cricket Council's (ICC) anti-corruption unit has launched an investigation into the United Arab Emirates' Ajman All Stars League after suspicious video clips from a match went viral. The league, privately sanctioned by the UAE Cricket Board, was shut down after just two days as UAE officials blocked any further cricket action at the Ajman Oval. The Dubai Stars-Sharjah Warriors T20 match witnessed shocking scenes, which included suicidal run-outs and bizarre stumpings. Set 136 to win, the Warriors were bundled out for 46 with most batsmen either being stumped or run out.

The cricketing fraternity was shocked after footage from the match began circulating on social media.

My favourite is the run out at 0:35 - the batsman did his very best to get run out but the fielder just refused to cooperate.

"There is currently an ICC Anti-Corruption Unit investigation underway in relation to the Ajman All Stars League held recently in Ajman, UAE," Marshall said.

"The ICC ACU works to uphold integrity in cricket, and in keeping with that role we are talking to players and officials and will not make any further comment at this time."

Comments
Topics mentioned in this article
Cricket International Cricket Council
Get the latest updates on T20 World Cup, check out the T20 World Cup Schedule and Live Score . Like us on Facebook or follow us on Twitter for more sports updates. You can also download the NDTV Cricket app for Android or iOS.