WBBL: In her debut game, Shafali Verma made her mark with a spectacular direct hit during Sydney Sixers Womens win against Melbourne Stars on Thursday. 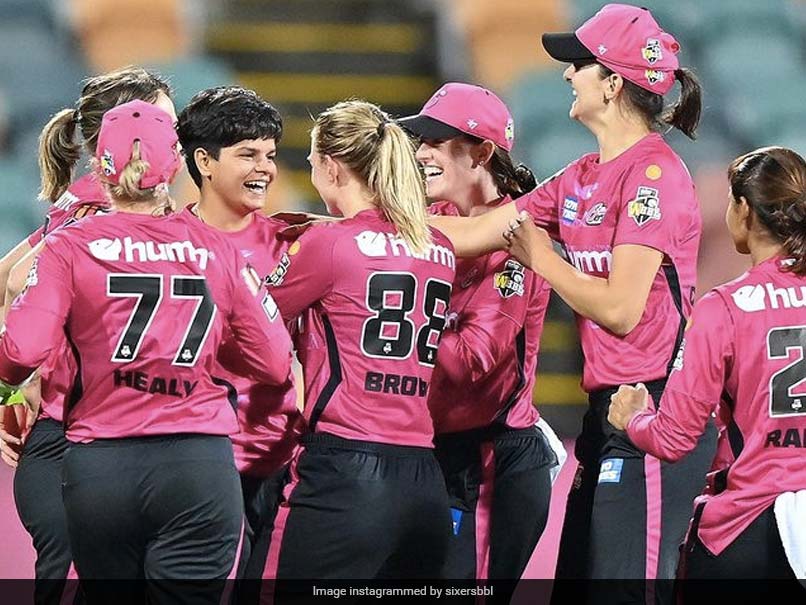 Playing in her debut Women's Big Bash League (WBBL) match, Shafali Verma marked the occasion with a brilliant direct hit to dismiss Melbourne Stars' Annabel Sutherland on Thursday, at the Blundstone Arena in Hobart. Representing Sydney Sixers Women, Verma will be hoping to prove her T20 credentials in her maiden WBBL campaign. Sydney Sixers won the toss and elected to bowl against Melbourne Stars. On the fifth delivery of the fifth over, opener Elyse Villani directed a delivery by Elysse Perry to short deep mid-wicket. Sutherland, who was at the non-striker's end, was already way out of her crease for a run. Verma, who was positioned at short deep mid-wicket, swooped in for the ball and threw it directly at the stumps at the non-striker's end with Sutherland in no position to get back into the crease. Here is the video of the direct hit:

What a throw! Welcome to the @WBBL, Shafali Verma @CommBank | #WBBL07 pic.twitter.com/X6mhtzwUp8

Such was the brilliance of the direct hit, that the commentator was left screaming, "OH, HAVE A LOOK AT THAT! SHAFALI VERMA WELCOME TO THE WBBL!"

Meanwhile, the other commentator added, "I am sure all the Indian fans, they are going 'why hasn't she done this in Indian colours for us?"

One fan pointed out the throw was impressive due to the angle of Shafali's fielding position. The Twitter user wrote, "Just one stump to aim at from her angle, and she did it! Great through!"

Just one stump to aim at from her angle, and she did it! Great through!

With the match reduced to 11 overs due to rain, Melbourne managed to post 99 for one in 11 overs and Villani smashed an unbeaten half-century. She registered 54 runs off 31 balls, packed with five fours and a six.

Skipper Meg Lanning was also unbeaten after playing a knock of 23 runs off 17 balls.

Sydney reached 100 for four in 10.2 overs, winning by six wickets. Opener Alyssa Healy hammered 54 off 27 balls, her knock consisted of 11 fours. But her opening partner Shafali could only muster eight runs in 10 balls. She was bowled out by Sutherland, who got her revenge from the Indian cricketer.

Despite low scores from other batters, Healy's knock proved to be vital enough to help her side win with four balls remaining.

India Women Shafali Verma Cricket
Get the latest updates on ICC T20 Worldcup 2022 and CWG 2022 check out the Schedule, Live Score and Medals Tally. Like us on Facebook or follow us on Twitter for more sports updates. You can also download the NDTV Cricket app for Android or iOS.