Watch: Bowler's Bizarre Protest After LBW Appeal Is Turned Down

Shamsi's team, St Kitts & Nevis Patriots, went on to lose the final to the Trinbago Knight Riders by three wickets. 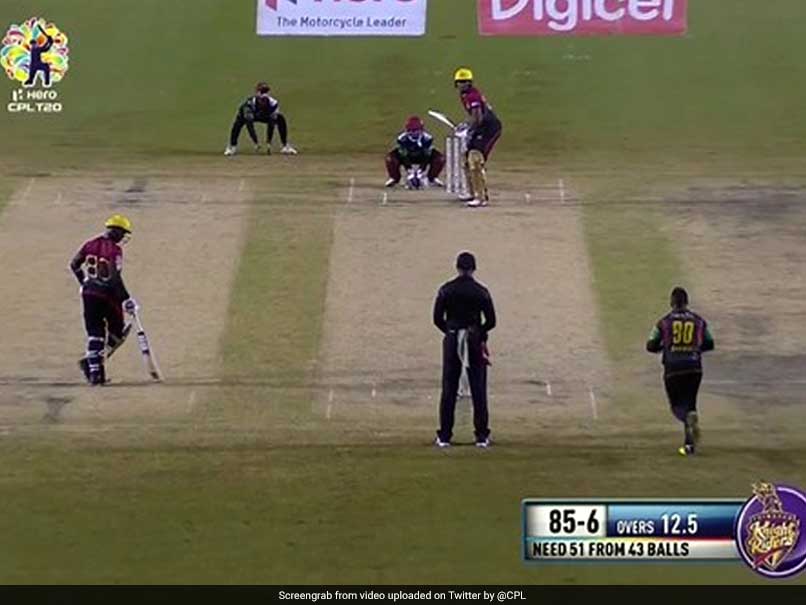 Shamsi is known for his antics on the pitch.© Twitter

South Africa's Tabraiz Shamsi was fined half his match fees for his bizarre protest after a leg-before appeal was turned down by the umpire in the Caribbean Premier League final. An official release from the CPL stated that the spinner admitted to a Level 2 breach of the code of conduct. The incident occurred when the chinaman bowler, representing the St. Kitts and Nevis Patriots, was convinced that he had trapped Javon Searles of the Trinbago Knight Riders lbw. Shamsi ran down the wickets after the umpire ruled not out as he excessively appealed to the umpire to change his mind. He then displayed his frustration and made several angry gestures at the official for his refusal to budge.

Shamsi is known for his antics on the pitch. He was at his entertaining best during the CPL final.

Shamsi, who plays for the Royal Challengers Bangalore in the IPL, tweeted an apology for his behaviour.

2/3 My sincere apologies 2 umpire Brathwaite and the spectators for my excessive appealing.

I did apologise 2 him numerous times afterwards

Shamsi's team, St Kitts & Nevis Patriots, went on to lose the final to the Trinbago Knight Riders by three wickets.

@TKRiders wow a second one. Wow wow wow. Love you for this happiest of parties! & tell @steelydan66 didn't come so he got sum attention!

It was the second consecutive CPL title for the Knight Riders.

Comments
Topics mentioned in this article
South Africa Cricket Team Tabraiz Shamsi Cricket
Get the latest updates on ICC T20 Worldcup 2022, check out the Schedule and Live Score. Like us on Facebook or follow us on Twitter for more sports updates. You can also download the NDTV Cricket app for Android or iOS.