Trying shots like the reverse-sweep is not for everyone. Sometimes you can miss your shot and sometimes, you can just land flat on your back. 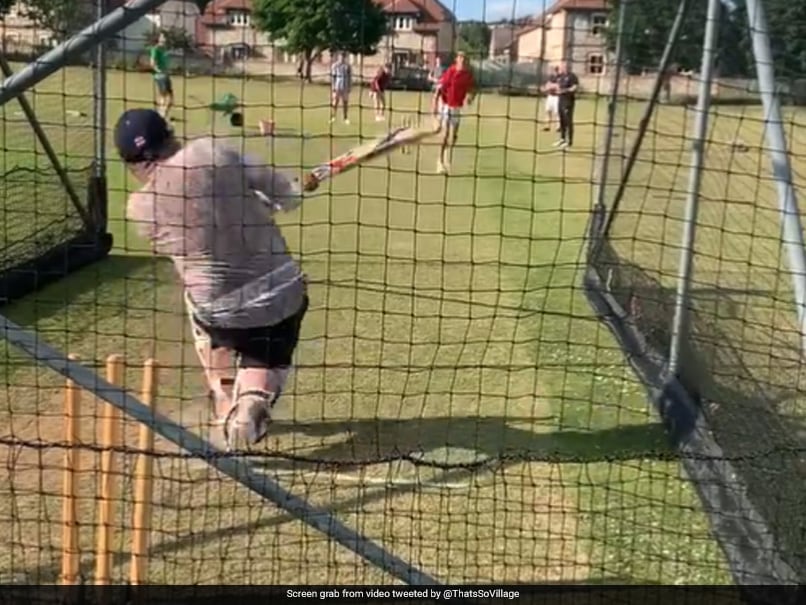 The batter attempts a reverse-sweep in the nets.© Twitter

Joe Root is one of the classiest batters going around these days. Apart from being one of the most prolific with the bat in Tests, he also displays exemplary technique and watching him at the crease is almost poetry in motion. However, as good as he is in displaying classical techniques, he is just as adept at innovating and playing reverse-sweeps off spinners and reverse-scoops off pacers, as he displayed during England's recent Test wins over New Zealand and India.

However, those are skills not easy to master. In a hilarious video shared on Twitter, a batter can be seen attempting a reverse-sweep, but he fails miserably.

Batting right-handed, he switches around to try and play the shot, but not only does he fail to make proper connection with the ball, he gets into a tangle and stumbles back on to the stumps.

The video was given the subtle caption "*watches Joe Root once*".

As the batter lies flat on his back, the bowler can be heard having a laugh.

During the Test series against New Zealand, a video of Joe Root reverse-scooping Neil Wagner had gone viral.

With England chasing 296 to complete a series sweep, Root brought out an outrageous reverse-scoop off the left-arm pacer, sending Twitter into a frenzy.

Joe Root
Get the latest updates on India vs South Africa and check out  Schedule, Results and Live Score. Like us on Facebook or follow us on Twitter for more sports updates. You can also download the NDTV Cricket app for Android or iOS.