Wasim Jaffer, who featured in 31 Tests for India, tweeted after Virat Kohli scored his 42nd hundred in the second ODI against the West Indies. 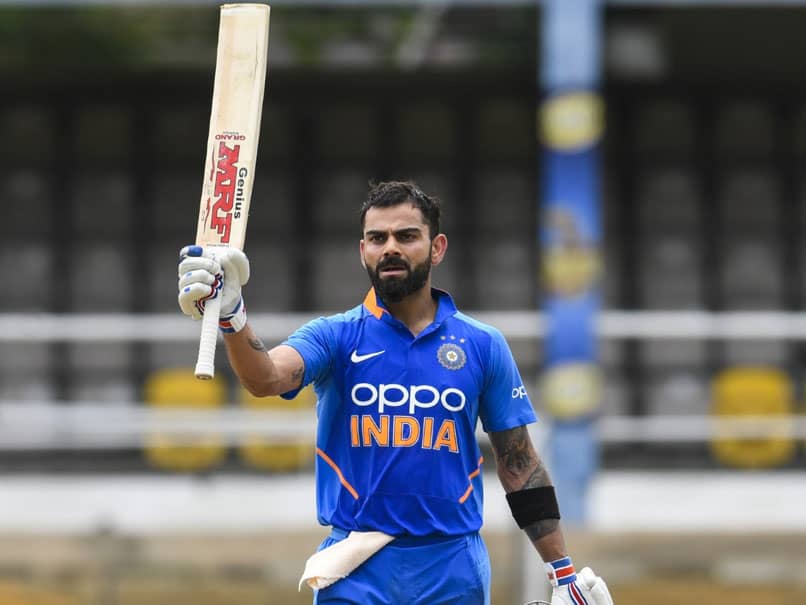 Virat Kohli smashed his 42nd ODI hundred in the second ODI against the West Indies on Sunday.© AFP

Former India batsman Wasim Jaffer on Monday predicted that India skipper Virat Kohli will go on to score 75-80 One-Day International (ODI) centuries in his career. Wasim Jaffer, who featured in 31 Tests for India, tweeted that normal service had resumed after Virat Kohli scored his 42nd hundred in the second ODI of the three-match series against the West Indies in Port of Spain on Sunday. Wasim Jaffer took to micro-blogging site Twitter and wrote, "Normal services resumes after a break of 11 innings!! i.e. another international for Virat Kohli. My prediction is he will get 75-80 ODI."

Normal services resumes after a break of 11 innings!!
i.e. another international for Virat Kohli
My prediction is he will get 75-80 ODI 's #KingKohli

Wasim Jaffer, who has opened India's batting with players like Virender Sehwag and Dinesh Karthik, was one of the successful Test openers for India. In his 31-match Test career, he scored two double centuries, five tons and 11 fifties for India. Jaffer, who averaged 34.11, scored 1,944 runs in red-ball cricket.

Virat Kohli, who was brilliant with the bat in the 2nd ODI against the West Indies, went past former skipper Sourav Ganguly's tally of 11,363 runs in the list of leading run-getters in ODI cricket, becoming India's second-highest ODI run-scorer during the course of his top knock.

Virat Kohli has scored 11,406 runs at an average of 59.91 in 238 ODI matches and is currently in eighth spot in the list of cricketers with most runs in ODIs. The list is topped by legendary Indian batsman Sachin Tendulkar who amassed 18,426 runs in 463 matches.

Virat Kohli West Indies vs India 2019 West Indies vs India, 2nd ODI Cricket
Get the latest updates on IPL 2020, check out the IPL Schedule for 2020 and Indian Premier League (IPL) Cricket live score . Like us on Facebook or follow us on Twitter for more sports updates. You can also download the NDTV Cricket app for Android or iOS.