KL Rahul is expected to open the innings for India in the three-match T20I series against the West Indies in the absence of injured Shikhar Dhawan. 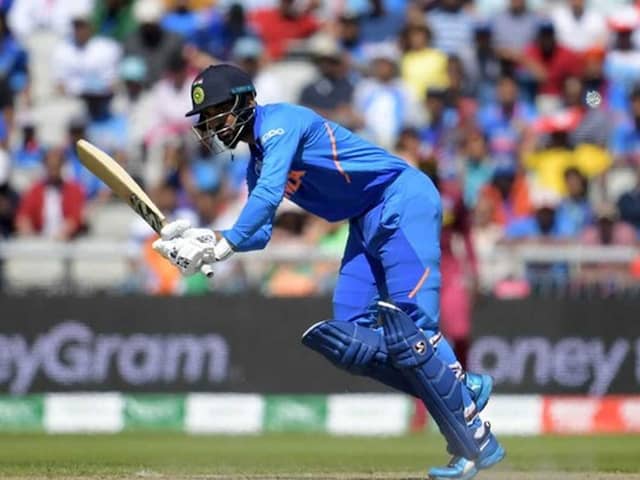 Former India opener Krishnamachari Srikkanth believes that it's high time Virat Kohli looks beyond Shikhar Dhawan as an opener in T20Is as the left-handed batsman hasn't been able to provide the team with the firepower required at the top of the order in the shortest format of the game. "The hosts (India)...need to slot KL Rahul firmly as an opener and look beyond Dhawan," Srikkanth wrote in his column for The Times of India.

Dhawan has been struggling in the limited overs format in recent times. He was also ruled out of the current Indian squad participating in the three-match T20I series against the West Indies after he suffered a deep cut on his left knee during the Syed Mushtaq Ali Trophy and subsequently underwent surgery. Dhawan has now been replaced by Sanju Samson.

"The need of the hour is instant firepower and that's one area where India are lacking. Of course, there is (Virat) Kohli and other talents to make up but that might not be enough on the big day, as the team has found out in many ICC tournaments over the last few years."

With eyes on next year's T20 World Cup, Team India will be desperate to sort out their opening issues and make sure they have enough firepower when they travel to Australia.

KL Rahul Cricket Krisnamachari Srikkanth
Get the latest Cricket news, check out the India cricket schedule, Cricket live score . Like us on Facebook or follow us on Twitter for more sports updates. You can also download the NDTV Cricket app for Android or iOS.