The West Indies beat England by four wickets in the first Test to take a 1-0 lead in the three-match series. 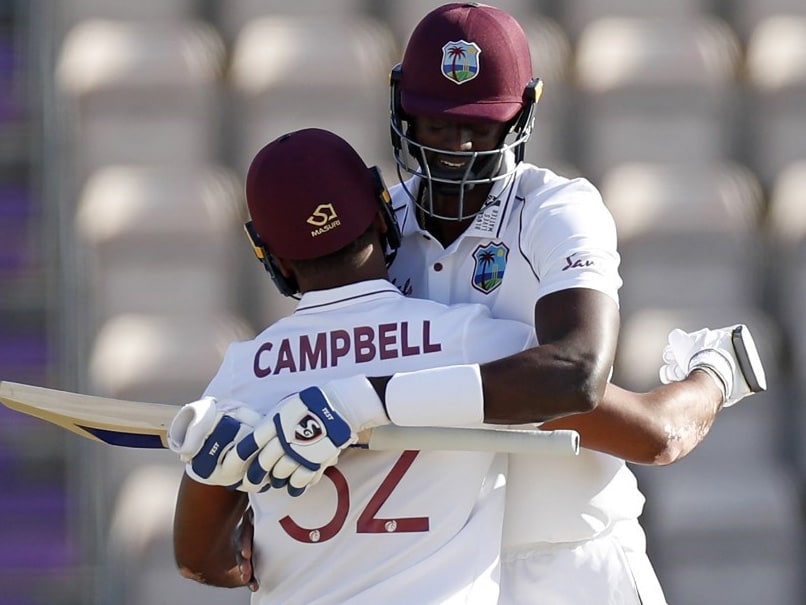 The West Indies went into the first Test against England in Southampton as massive underdogs but some steely performances saw the Caribbean outfit emerge triumphant against all odds. Shannon Gabriel's brilliance with the ball and Jermaine Blackwood's superb 95 in the chase set up the unlikely win for the Windies as they took a 1-0 lead in the three-match series. The cricket fraternity was all praise for West Indies' brilliant showing. India captain Virat Kohli took to Twitter after West Indies's victory, saying: "Wow @windiescricket what a win. Top display of test cricket."

Wow @windiescricket what a win. Top display of test cricket.

The West Indies were set a 200-run target to win on the final day of the first Test by the hosts but were left reeling at 27 for three thanks to Jofra Archer's early double strike.

Blackwood, though, brought the visitors back into the game with a fine knock but fell five runs short of his second Test century with the West Indies needing 11 runs to win.

John Campell, who had retired hurt after being hit on the toe by Archer, came back to hit the winning runs.

West Indies captain Jason Holder hailed his team's brilliant showing in the match, saying it was the best day day he has had in Test cricket.

"It is right up there with the best victories we've had as a group," Holder told Sky Sports.

"To me, yesterday was probably the best day I've had in Test cricket," added the West Indian all-rounder.

"It was a hard, long toil and the bowlers really put it in. Every time I asked a bowler to come up and give a spell, they came up and gave a massive effort."

Jason Holder England vs West Indies, 1st Test Cricket
Get the latest updates on Fifa Worldcup 2022 and check out  Fifa World Cup Schedule, Stats and Live Cricket Score. Like us on Facebook or follow us on Twitter for more sports updates. You can also download the NDTV Cricket app for Android or iOS.