The skipper took time off to oblige some children before boarding the team bus. 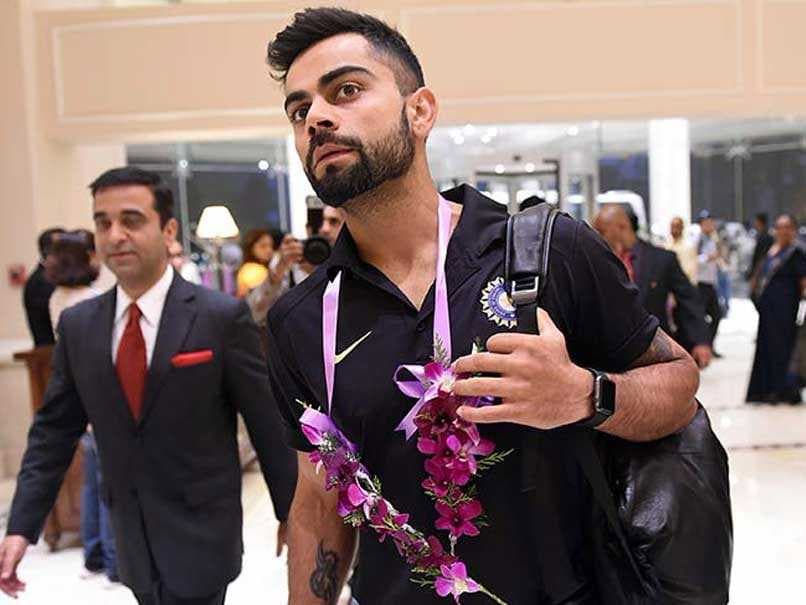 Virat Kohli has a huge fan following across the world.© AFP

Virat Kohli's on-field domination is well-known but the Indian skipper this time proved to be the king off the field too. Such an instance was seen during the recently-concluded limited-overs series between India and New Zealand. Kohli, before boarding the team bus at an airport, saw some children on wheelchairs cheering for him. Without caring about the security and crowd, the Indian captain went and met every single kid and clicked selfies with them.

@imVkohli King on and off the field?? pic.twitter.com/8eycrXgYfE

The children were seen presenting some drawings and hand-made paintings to Kohli. The Indian skipper signed autographs and shook hands with them.

This is not the first time Kohli or any Team India member was seen greeting their fans.

Kohli has a huge fan following across the world. Whenever India tour overseas, fans chanting his name from outside the stadium gate isn't a rare sight. The Indian skipper doesn't let them down, allowing them to take selfies and autographs.

India defeated New Zealand by six runs in the third and final Twenty20 International to win the series at the Greenfield International Stadium in Thiruvananthapuram.

The three-match series was locked 1-1 after the hosts won the opening match in Delhi while New Zealand clinched the second encounter in Rajkot.

India will take on Sri Lanka in a long home series starting November 16. India will play three Tests, three ODIs and three T20Is against the islanders.