Virat Kohli birthday: The Indian captain turned 31 on Tuesday with wishes pouring in from all parts of the globe. 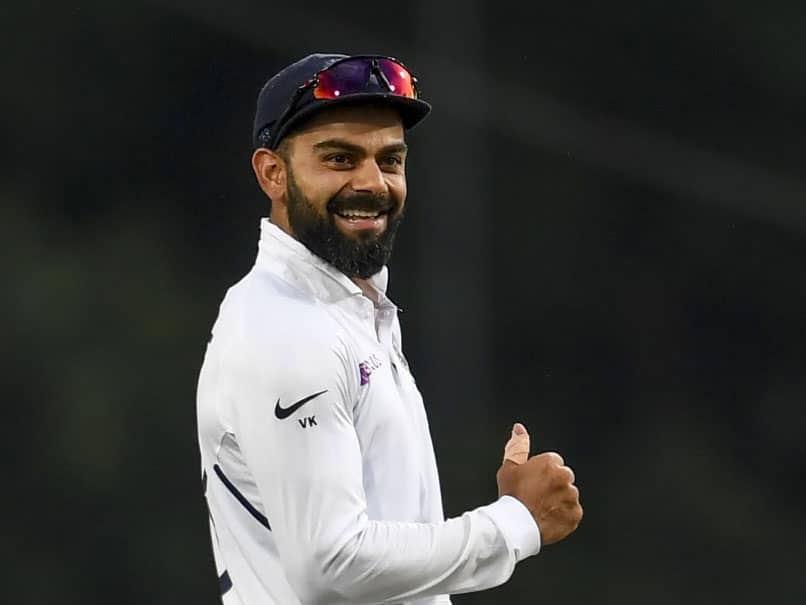 Virat Kohli is celebrating his 31st birthday on Tuesday. The Indian captain with his wife Anushka Sharma is reportedly vacationing in Bhutan, having been rested from the ongoing India vs Bangladesh three-match Twenty20 International (T20I) series. Virat Kohli is a known football enthusiast, but it still was a surprise when Premier League superstars old and new wished the Indian cricket captain on his birthday. The likes of Manchester United legend Ryan Giggs, Liverpool star Sadio Mane, Manchester City's Bernardo Silva, Chelsea star Marcos Alonso among others were seen wishing Virat Kohli in a video posted by Premier League India's Twitter handle.

Bollywood star Anushka Sharma posted a few pictures on her Twitter account, where she revealed how a local family that they met in a small village on a mountain charmed them with a sweet gesture.

Anushka Sharma tweeted, "Today, during our 8.5 km uphill trek we stopped by a small village on a mountain to pet and feed a baby calf who was born just 4 months ago. While we did that the owner of the house asked us if we were tired and wanted to have a cup of tea?"

Today, during our 8.5 km uphill trek we stopped by a small village on a mountain to pet and feed a baby calf who was born just 4 months ago. While we did that the owner of the house asked us if we were tired and wanted to have a cup of tea ? pic.twitter.com/44sQxD0EiB

Anushka revealed that those who know her and Kohli know that they love such "simple and pure human connection".

So we went into the home of this beautiful and warm family who had absolutely no idea who we were and yet they treated us with such warmth and love. We spent some time with them chatting and drinking tea and the whole time they just know us as two tired trekkers !

Whoever knows Virat and me very closely, know that both of us live for such moments of genuine, simple & pure human connection. It fills us with such joy & peace knowing that they just wanted to be kind to two random foreigners (plus our guide) without seeking anything in return.

In Virat Kohli's absence, Rohit Sharma has taken over the mantle of leading the Indian side in the T20I series against Bangladesh. India didn't make the best of starts in the series opener with Bangladesh registering their first win over India in the shortest format.

India will be looking to bounce back and level the series in Rajkot on November 7 with the third and final T20I scheduled to be held on November 10 in Nagpur.

Virat Kohli will return to action for the two-match Test series against Bangladesh that begins on November 14 in Indore.

Chelsea Cricket
Get the latest updates on IPL 2020, check out the IPL Schedule for 2020 and Indian Premier League (IPL) Cricket live score . Like us on Facebook or follow us on Twitter for more sports updates. You can also download the NDTV Cricket app for Android or iOS.