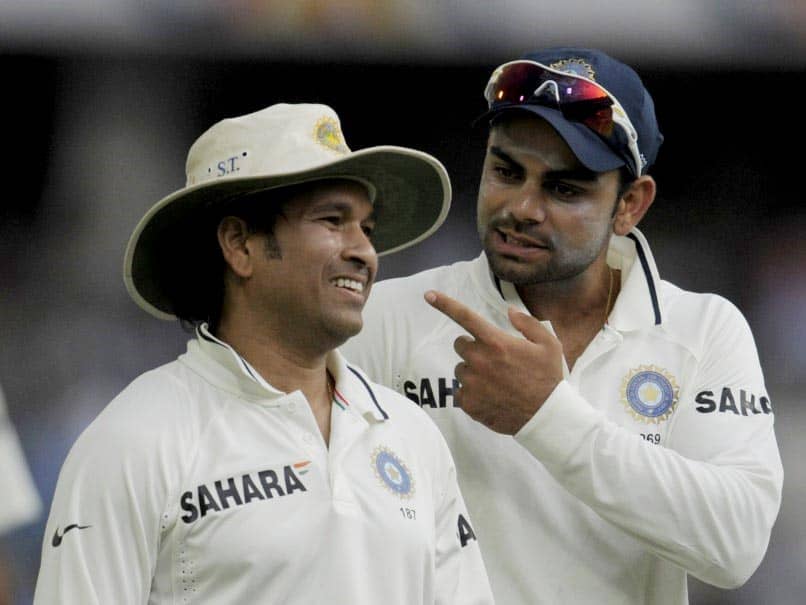 Former West Indies pacer Ian Bishop has said that Virat Kohli and Babar Azam are the current batsmen who remind him the most about Sachin Tendulkar. Bishop was doing an Instagram live session with former Zimbabwe pacer Pommie Mbangwa and it was then he talked about Kohli and Azam. "Virat Kohli, Babar Azam, who in terms of the straight lines, you remember Sachin Tendulkar, there's a reason why I think he was the best batsman I bowled to as he always played in the straight lines and these two guys (Kohli, Azam) present that," Bishop told Mbangwa during the interaction.

Over the last two years, the comparison between both Babar and Kohli have risen, looking at the styles of both the batsmen.

Babar is the number one ranked T20I batsman while Kohli is at the top spot in ODI rankings. The 25-year-old Azam averages over 50 in ODI and T20Is and a little over 45 in Tests.

Kohli is also at the second spot in the Test rankings. The right-handed batsman has so far played 86 Tests, scoring 7,240 runs with 27 centuries at an average of 53.62.

On the other hand, Tendulkar finished his career with 100 international centuries and the batsman is the highest run-scorer in both Tests and ODIs.

During the chat between Bishop and Mbangwa, the former also praised the current crop of fast bowlers.

"Jasprit Bumrah is a generational talent, the ability to adapt to all the formats is brilliant. Kagiso Rabada is someone I find impressive, the first time I saw him was in a T20 match and he was bowling to Kieron Pollard. I am seeing a fast bowling renaissance right now and it excites me," Bishop said.