Virat Kohli is a fitness freak and Shankar Basu was the man in charge of the strength and conditioning of the Indian team till recently. 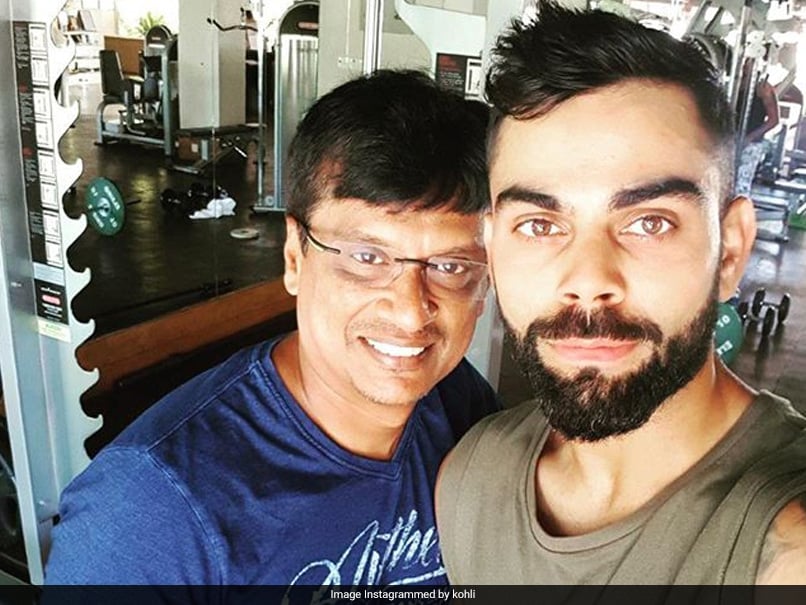 Virat Kohli has led Team India to victories single-handedly on many occasions. The Indian captain doesn't only inspire his teammates and opponents with his batting and fitness standards, the coaching staff too take inspiration from Virat Kohli. Former India strength and conditioning coach Shankar Basu, who decided to part ways with the team after its World Cup 2019 campaign due to family reasons, revealed fitness "freak" Virat Kohli hasn't had a single cheat day in last two years. "When you see someone like him, it is difficult not to be inspired. His cheat days come once in a blue moon, I have not seen him take one in the last two years. I am telling you that fellow is a freak," Shankar Basu told PTI.

"There will be months together he would go on and I would force him to take rest," he added.

The Indian teams of the past were not known for their fitness but under Kohli India has become one of the fittest sides around.

"It is very simple. You hit one and then you hit two. In a team if the captain sets the example everyone starts following, it is tough otherwise. And you cannot paint everyone with the same brush.

"They need to buy in, unless they buy in there is no way you can be effective as a coach. When they started seeing the change, they all started embracing it. Now we have come to a stage, even if they want to leave it, they won't be able to. it is ingrained in their system," said Basu.

The Chennai-based professional is most satisfied about the transformation he has brought in the fitness levels of speedsters Jasprit Bumrah, Bhuvneshwar Kumar and Mohammad Shami.

"When I started it was a challenge to transform the culture, now 90 per cent of the team trains very professionally. There will always be one or two in every team who require the extra push," Basu, whose contract with the Indian team ended on July 30, said.

He also worked extensively with the others including KL Rahul, Hardik Pandya, Ishant, Dinesh Karthik and Ravichandran Ashwin.

The list goes on. Ravindra Jadeja, according to him, is a natural athlete who knows his body well and probably the best fielder in the world. Basu decided against continuing with the Indian team due to family reasons and says it time for him to move on to the next phase in his life.

"Looking back, I came at the right juncture (in 2015). The Indian team was looking for changes and that was one of the responsibilities thrust on me, to bring about the culture. To be very honest I was very blessed with a set of boys who were looking for this change."

There were doubts over the longevity of Bumrah with his unusual action and his pace partner Shami also broke down way too often.

While Bumrah has become the number one match-winner in all three formats in the last two years, Shami has worked hard on his fitness and managed to stay injury free.

"It is not only Virat, Bumrah, DK, Rahul, Ishant, Shubman, everybody has bought into it now. But I really enjoyed working with Bumrah and Shami, fast bowlers clocking 145kmph is very heartening to see and you have another whole lot clocking 140 plus. It can't happen overnight. He also picked the cases of Bhuvneshwar Kumar and Kedar Jadhav.

"Bhuvneshwar bowls at 140 kmph consistently, when I came in he was bowling at around 128 kmph. When you talk about spinners, with improved fitness, Ashwin could bowl 95 overs in a match," said the man during whose tenure, clearing the Yo Yo test became mandatory.

And there were some gifted men like Jadeja who did not need a lot of attention.

"Look at Jadeja, probably the most natural athlete in the world and the fittest fielder I have seen in my life. He is an enigma. The way he moves on the field, he is easily best fielder by a country mile.

"He is one guy who did things on his own, didn't spend too much time in the gym. He was a road runner and I understood that very early and let him be. So it was all about horses for courses."

Basu said he can't travel with the team anymore but is always open to helping the national team.

India Cricket Team
Get the latest updates on ICC T20 Worldcup 2022 and CWG 2022 check out the Schedule, Live Score and Medals Tally. Like us on Facebook or follow us on Twitter for more sports updates. You can also download the NDTV Cricket app for Android or iOS.