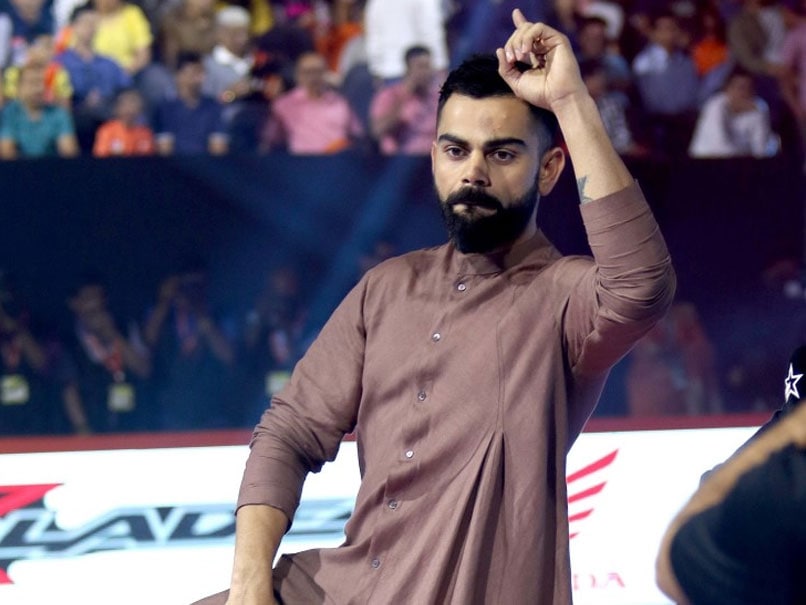 Virat Kohli picked seven cricketers who could be kabaddi players on the basis of their "strength and athleticism" and excluded himself, opining that the selected players are "stronger and more athletic". Former India captain MS Dhoni, all-rounder Ravindra Jadeja, fast bowlers Umesh Yadav and Jasprit Bumrah, young wicket-keeper Rishabh Pant and batsman KL Rahul featured in Virat Kohli's kabaddi team. "It (kabaddi) requires a lot of strength and athleticism so I would say MS Dhoni, Ravindra Jadeja, Umesh Yadav - he is very strong, Rishabh Pant is strong as well. Then Jasprit Bumrah, because he can really work on a toe touch," Virat Kohli said in a video tweeted by Pro Kabaddi League.

"I am not even going to incude myself because these guys I feel are stronger and more athletic. The last one could be KL Rahul," Kohli added.

Which of his teammates make it to the skipper's kabaddi 7?

As tough on the mat as he is on the pitch - @imVkohli is a true Pangebaaz as he shows here in this rapid-fire Q&A!

On Saturday, Virat Kohli opened the Mumbai leg of PKL season seven at the NSCI Dome in Worli. The Team India captain sang the national anthem ahead of the Maharashtra Derby between U Mumba and Puneri Paltan.

Kohli seemed to be enjoying the tackles and raids as the camera kept panning on him. He also spoke about his love for Kabaddi and described how the game he played in childhood had grown rapidly with the introduction of the Pro Kabaddi League.

"Kabaddi has taken a leap in the sports culture in our country since the inception of Pro Kabaddi League. Seeing a sport that we all have played as kids get to this stature today gives a different feeling altogether, especially when you know that the Indian kabaddi team is one of the best ones in the world," Kohli said.

Ravindra Jadeja Cricket Kabaddi
Get the latest updates on Fifa Worldcup 2022 and check out  Fifa World Cup Schedule, Stats and Live Cricket Score. Like us on Facebook or follow us on Twitter for more sports updates. You can also download the NDTV Cricket app for Android or iOS.