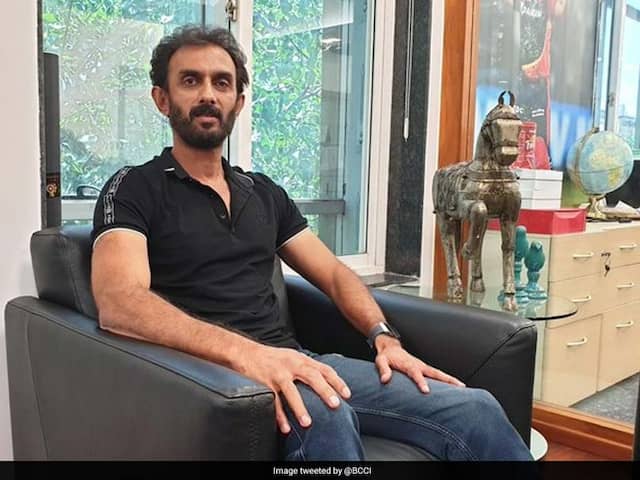 Vikram Rathour, the newly appointed batting coach of India's men's cricket team, opened up about India's problems with the number four position. In World Cup 2019, India failed to find the perfect combination in the middle-order that eventually saw them losing in the semi-final to New Zealand. After the World Cup, Shreyas Iyer was tried in the middle-order and he did well, scoring 136 runs in two matches against the West Indies. Speaking to BCCI on Friday, Rathour mentioned that the number four position in white-ball cricket and opening slot in Test cricket are his primary concerns.

"It is not just about the World Cup. It is one slot (we must look at). The middle-order in one-day is not doing well and we must, of course, sort it out. Shreyas Iyer has done well in the last couple of games and we also have Manish Pandey. These two guys have done very well in domestic cricket and with India A. These are the batters who are capable of doing the job and I have no doubt about it in my mind. It is a matter of getting it right at the top level. We need to back them and provide them with the right preparations so that they can be there for a longer time. They have enough talent in them to do well," Rathour was quoted as saying by bcci.tv.

KL Rahul and Mayank Agarwal failed to provide India with a good start in the Test series against the West Indies at the top of the order, speaking on that, Rathour said that there is a healthy competition for the opening slot in Test cricket.

"The other area of concern is the opening partnership in Tests. We have options and there is healthy competition. We need to find a way for them to be more consistent," he added.

The upcoming series against South Africa will mark Rathour's first assignment with Indian team as batting coach. India are scheduled to take on South Africa in three T20 Internationals, from September 15. The two teams will then lock horns in a three-match Test series.

Manish Pandey Shreyas Iyer Cricket
Get the latest Cricket news, check out the India cricket schedule, Cricket live score . Like us on Facebook or follow us on Twitter for more sports updates. You can also download the NDTV Cricket app for Android or iOS.