Rashid Khan led from the front as Afghanistan scored a big Test win over Bangladesh at Chattogram on Monday. 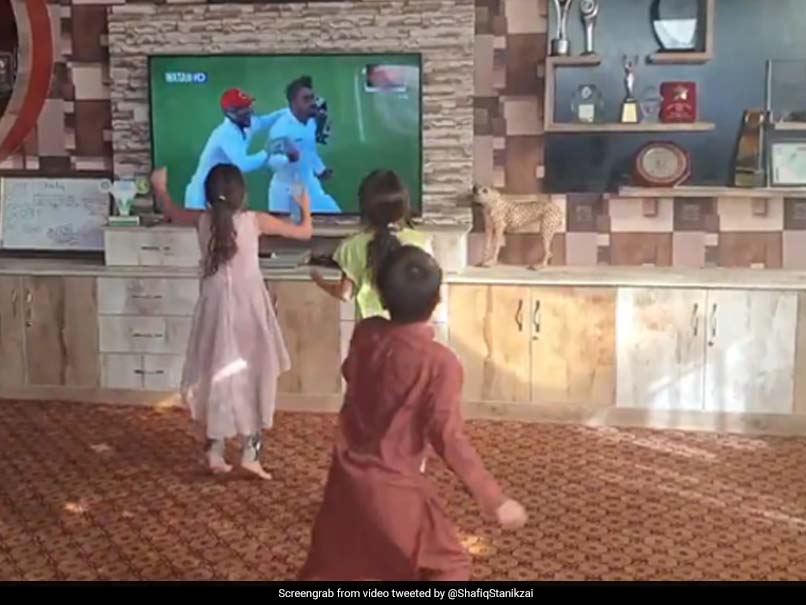 Rashid Khan, the youngest ever Test captain, led Afghanistan from the front as they thrashed Bangladesh by 224 runs in the one-off Test in Chattogram on Monday. Afghanistan's second triumph in Test cricket, after the first against Ireland in March this year, sent fans into a frenzy. Among all, Afghanistan Cricket Board Chief Executive Shafiq Stanikzai shared a video of Afghan kids dancing to celebrate the team's victory that went viral on the Internet within no time. "This is what it means to us as Nation, love u all #BlueTigers. @rashidkhan_19 u r a living super star in the cricket globe @MohammadNabi007 am sure u must be happy for such a wonderful ending of ur test career," Shafiq Stanikzai captioned the video on Twitter.

This is what it means to us as Nation, love u all #BlueTigers. @rashidkhan_19 u r a living super star in the cricket globe@MohammadNabi007 am sure u must be happy for such a wonderful ending of ur test career pic.twitter.com/rq6wBkNUe4

The Afghans defied rain and fading light to take the one-off Test, a historic win for the war-torn country that only earned full member status of the International Cricket Council in 2017.

"We won this game against a side like Bangladesh," said Rashid, who made his debut as the youngest-ever Test captain and finished with 11 wickets.

"We are new to this format, so credit goes to the coaching staff for their support. Everyone applied themselves and stuck to their plans."

Cricket has become the national sport of war-torn Afghanistan, with many of the Afghan players cutting their cricketing teeth in refugee camps in Pakistan.

The squad played their first Test last year, losing to cricketing giants India but claimed their first-ever victory in Test cricket in March when they beat fellow newcomers Ireland.

Rashid Khan Cricket Bangladesh vs Afghanistan, One-off Test
Get the latest updates on IPL Auction 2023 and check out  IPL 2023 and Live Cricket Score. Like us on Facebook or follow us on Twitter for more sports updates. You can also download the NDTV Cricket app for Android or iOS.