Tabraiz Shamsi said respecting the views of everyone was his key takeout from the recent 32-member culture camp held in Skukuza. 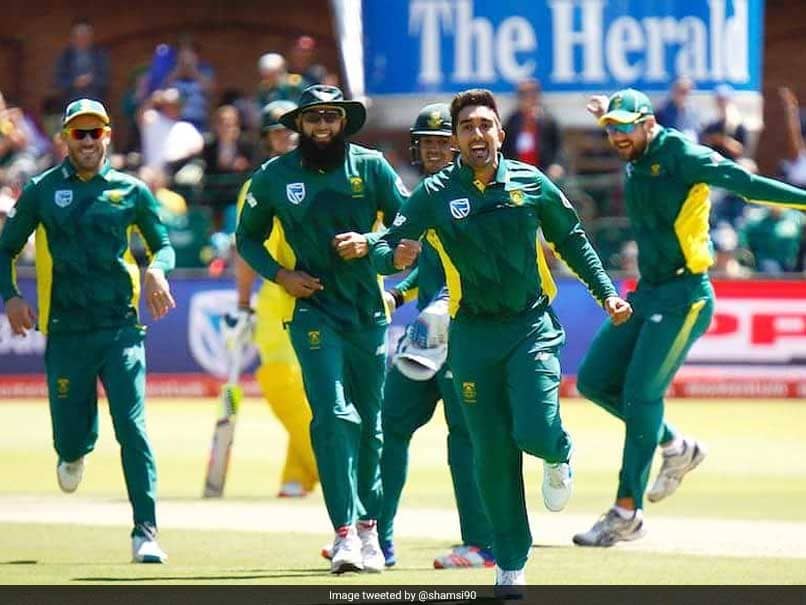 Tabraiz Shamsi has 49 wickets in 46 matches across all formats for the Proteas.© AFP

South Africa spinner Tabraiz Shamsi on Monday said that he has never experienced racism personally, and respecting the views of everyone was his key takeout from the recent culture camp held in Skukuza. An extended 32-member squad including a High-Performance squad featuring nationally contracted players, South Africa A team, as well as players who have been identified as in the plans for the near future were part of the culture camp. An updated values system that held respect, empathy, and belonging were highlighted as the prevailing top pillars from the gathering.

"I think for me, the biggest thing was that as a group we realised that there's a lot of strength in being able to communicate, rather than just sitting and assuming," Shamsi said in an official release issued by Cricket South Africa (CSA).

"In the Proteas environment, I've never personally experienced any racism. The past players have spoken about it and how things were not equal and stuff like that.

"I think even the players that did make it, had to go through some hurdles that they shouldn''t have had to experience if there was a level playing field," he added.

The spinner also said that racism and discrimination should not be tolerated and the menace should be eradicated once and for all.

"That's the biggest thing that we need to acknowledge and understand. We need to ensure that kind of stuff is not tolerated and taken away from the system," Shamsi said.

"As a group of players, we need to create that bubble and ensure it doesn't happen.

"We need to understand that we are one and we are going out there to fight as a team, to fight for each other, and to fight for our country. We must understand where we're coming from," he added.

The 30-year-old, who has 49 wickets in 46 matches across all formats for the Proteas, is also optimistic about the future of South Africa despite the team currently going through change following a spate of senior retirements.

The likes of JP Duminy, Hashim Amla, Morne Morkel, Vernon Philander all retired in the recent past, but Shamsi feels the young players coming through have the ability to step up.

"We always want to improve and get better," he said. "We're in a unique position at the moment where most of our senior players retired in a big clump and experience is something you can't buy.

"It leaves a massive gap yes, there aren't natural successors to some of these players, but the way I look at it is that we're a young group with many players that can step in.

"I am a positive person and this leaves us in a unique position. We're now an unknown package and because there are so many new players, that doesn't have to be a bad thing.

"We all know each other having played against each other in domestic cricket for so long so I think we can look forward to a bright future," he signed off.

Tabraiz Shamsi Cricket
Get the latest updates on India vs Australia Series, check out the India vs Australia Schedule for 2020-21 and Ind vs Aus live score . Like us on Facebook or follow us on Twitter for more sports updates. You can also download the NDTV Cricket app for Android or iOS.