Tabraiz Shamsi has been doing some noticeable things in the Mzansi Super League being played in his home country. 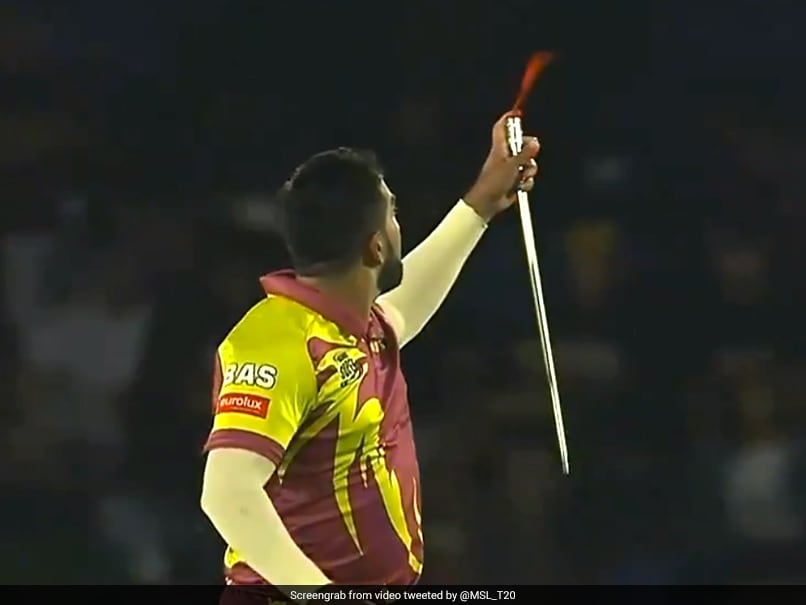 Be it cricket or football, player celebrations are getting more unique and whackier than ever before. But rarely has a celebration culminated with a magic trick. South African bowler Tabraiz Shamsi, who is already known for some over-the-top celebrations, added a new one to his armoury after taking a wicket. Playing for Paarl Rocks in the Mzansi Super League 2019, Shamsi got the big wicket of David Miller and celebrated by turning a handkerchief into a stick. Despite the dismissal of Miller, Durban Heat went on to beat Paarl Rocks by six wickets for their third win in eight matches this season.

The video of Shamsi's celebration has gone viral with many fans even questioning whether this is the greatest celebration ever seen. See for yourself:

A bit of magic from @shamsi90
#MSLT20 pic.twitter.com/IxMqRYF1Ma

Tabraiz Shamsi with the greatest celebration in sporting history. pic.twitter.com/KPdQF6xWV5

In the match, Shamsi took two wickets but was a bit expensive, giving away 37 runs off his four overs.

Paarl Rocks were put into bat after Durban Heat won the toss and things didn't go as planned for the latter.

Cameron Delport (84 off 49 balls) and captain Faf du Plessis (66 not out off 36 balls) starred with the bat as Paarl Rocks posted a formidable 195 for two. However, Englishman James Vince failed to get going and his run-a-ball 25 ended up costing his team dear.

Vince's compatriot, Alex Hales, who opened the innings for Durban Heat, put on a batting masterclass, smashing an unbeaten 97 off 55 balls to get his team across the line with seven balls remaining.

David Miller too played a crucial knock of 40 off 22 balls for the Heat.

James Vince Cricket
Get the latest updates on IPL Auction 2023 and check out  IPL 2023 and Live Cricket Score. Like us on Facebook or follow us on Twitter for more sports updates. You can also download the NDTV Cricket app for Android or iOS.