T20 World Cup 2021: Opener Daryl Mitchell upheld the high standards of sportsmanship when he refused to take a single after coming in the way of Adil Rashid in New Zealand's semi-final win vs England. 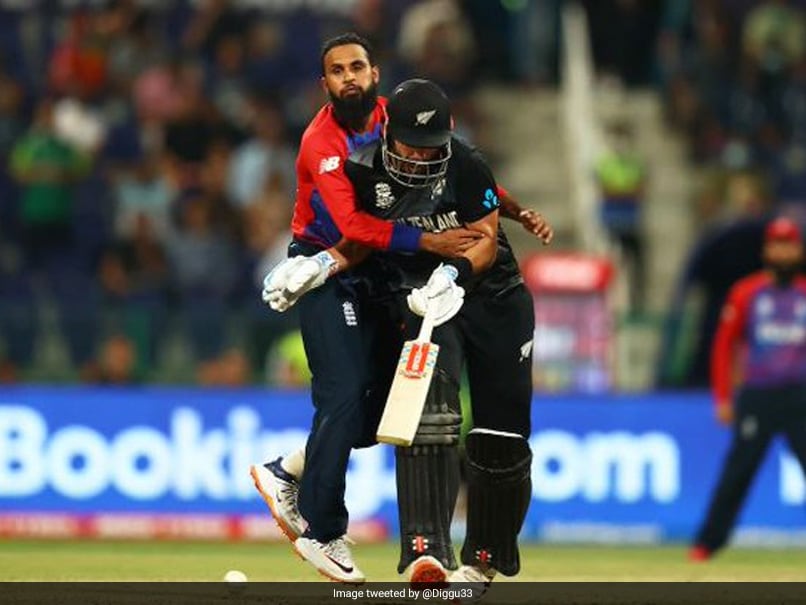 Batter Daryl Mitchell became an overnight star in his country when he finished off a tight match with his explosive show of power-hitting in the death overs against England in the first semi-finals in Abu Dhabi. However, it wasn't just his exploits with the bat that won the hearts of the cricketing community. During the first ball of the 18th over bowled by spinner Adil Rashid, Jimmy Neesham barely hit a wrong'un towards the long-off region. Mitchell, standing on the other end, with no fault of his own came in the way of Rashid who was trying to stop the single.

The unintentional collision provided an opportunity to take a single, which Mitchell refused.

Even commentator Nasser Hussain sounded impressed and hailed them by saying "This is so New Zealand", referring to the often-shown spirit of cricket moments by the side.

He could have easily taken a Run there but He didn't. That's Exemplary Sportsmanship by @BLACKCAPS. #DarylMitchell#ENGvNZ #NZvENG #T20WorldCup https://t.co/4l7AZpJDPU pic.twitter.com/gkYvqPokdr

After that ball, New Zealand still needed 34 more runs to win in 17 balls with six wickets in hand.

Mitchell, who was batting at 46 runs off 40 balls then, switched gears and formed a match-winning late partnership with Neesham to take his side closer to victory.

After Neesham departed for 27 runs off 11 balls, Daryl really came into his own and took pacer Chris Woakes to the cleaners in the 19th over.

A target which once seemed tough mid-way in the run-chase, was finished off with an over to spare as Mitchell bagged the honours with a well-calculated unbeaten knock of 72 runs off 47 balls.

England Cricket Team Daryl Mitchell ICC T20 World Cup 2021 England vs New Zealand, 1st Semi-Final Cricket
Get the latest updates on Fifa Worldcup 2022 and check out  Fifa World Cup Schedule, Stats and Live Cricket Score. Like us on Facebook or follow us on Twitter for more sports updates. You can also download the NDTV Cricket app for Android or iOS.