With the Indian Premier League 2018 Player Auction around the corner, the senior players were keen to impress the scouts present at the ground. 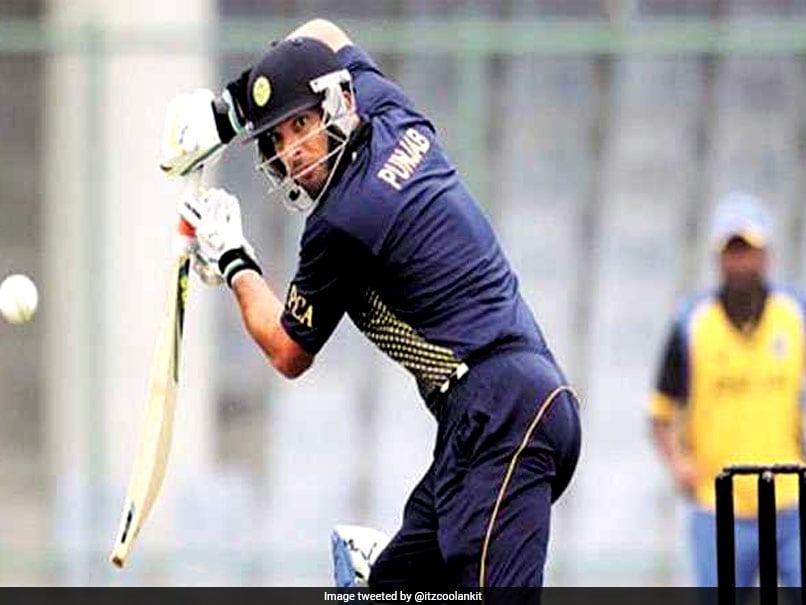 With the Indian Premier League auction around the corner, India veterans Yuvraj Singh and Gautam Gambhir began their quest to get fresh IPL contracts in earnest, hitting half-centuries as Punjab beat Delhi by two runs in a thrilling North Zone encounter of the Syed Mushtaq Ali Trophy on Tuesday. Yuvraj scored 50 off 40 balls, an innings that was overshadowed by Manan Vohra's 74 off 50 balls, as Punjab scored a decent 170/3 in 20 overs.

Representatives of three IPL franchises -- Delhi Daredevils (CEO Hemant Dua), Mumbai Indians (TA Sekar) and RCB (Avinash Vaidya) were checking out the form and fitness of various players before the auctions on January 27 and 28.

The BCCI tournament's sole purpose is to give talent scouts of various franchises a taste of new talent and an update on the form of some proven performers.

The two seasoned pros, Yuvraj and Gambhir, who till recently were sought-after T20 players, showed their prowess, albeit with sporadic success during a morning match in which, save Vohra, the other youngsters didn't impress much.

Yuvraj hit a straight six off leg-spinner Tejas Baroka (0/32 in 2 overs) apart from some eye-catching boundaries off Kulwant Khejroliya and Pradeep Sangwan.

The only bowler that gave Yuvraj some trouble was Navdeep Saini, whose extra pace the veteran India discard found hot to handle.

Vohra, on the other hand, was comfortable against the Delhi attack hitting as many as six sixes.

Gambhir played some lovely pull shots in front of the square and also used his feet to hit Harbhajan Singh (0/31 in 4 overs) inside out over extra cover.

He was finally out trying for a second run as Punjab pulled things back during the final overs.

With 13 required off the last over, one-time 'Auction Sensation' Pawan Negi (who was paid Rs 8.5 crore by DD for his all-round skills) failed to hit a single boundary while rookie Lalit Yadav, in his bid to impress Hemant Dua and Co., tried all sorts of fancy shots without success.

Comments
Topics mentioned in this article
Yuvraj Singh Harbhajan Singh Gautam Gambhir Cricket
Get the latest updates on ICC T20 Worldcup 2022 and CWG 2022 check out the Schedule, Live Score and Medals Tally. Like us on Facebook or follow us on Twitter for more sports updates. You can also download the NDTV Cricket app for Android or iOS.