Carlos Brathwaite's signing comes less than a week after Mitchell Starc confirmed he would also be available for the side in the upcoming edition of the BBL. 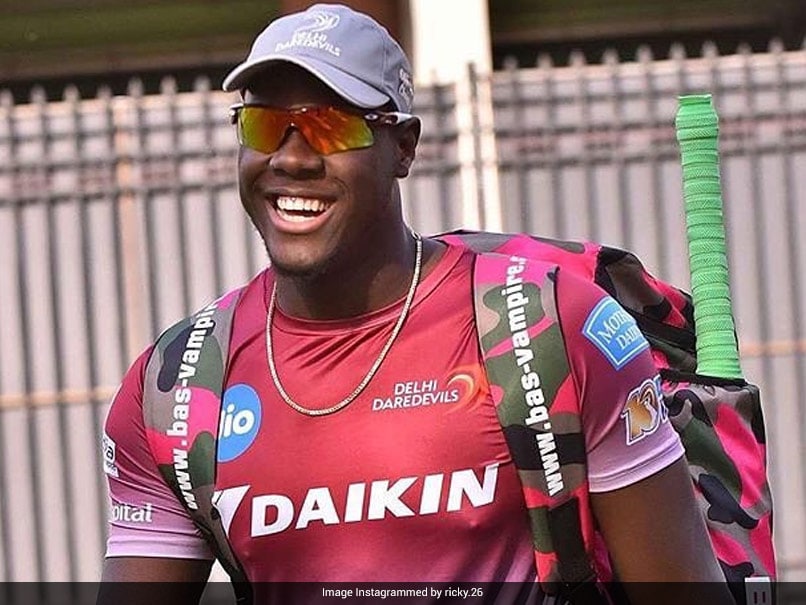 Carlos Brathwaite played four games for Sydney Sixers in BBL 7 after coming in as a replacement.© Instagram

Sydney Sixers on Sunday confirmed the re-signing of West Indies all-rounder Carlos Brathwaitefor the upcoming Big Bash League(BBL). Brathwaite's signing comes less than a week after speedster Mitchell Starc confirmed he would also be available for the side in the upcoming edition of the BBL.

The 32-year-old Barbadian all-rounder will arrive in Australia before the start of the tournament and he will join Tom Curran and James Vince as the Sixers' three international players.

Brathwaite played four games for the Sixers in BBL 7 after coming in as a replacement player, helping the side on a late-season four-game win streak that left them two points shy of the semi-finals.

"The aura of the ground and cricket in NSW with all the history there is special. I remember great times dancing at the games and the times in the dressing rooms with our team. It's a great organisation," he added.

Sydney Sixers head coach Greg Shipperd said the Sixers were looking forward to everything that Brathwaite brings to his cricket.

"We are excited about the prospect of being reunited with Carlos for this unique season 10 of BBL. We were struggling three seasons ago and Carlos joined as a replacement player and we finished four from four and he contributed greatly to our rebalance," Shipperd said.

"Carlos is a man who embraced our on and off-field endeavours so we are keen to have him back in the fold and contributing his experience to our chase for consistency and another shot at a title," he added.

The Sixers will begin their title defence on December 10 against the Hobart Hurricanes in the first of three away fixtures in Tasmania.

Carlos Brathwaite Cricket
Get the latest updates on ICC T20 Worldcup 2022, check out the Schedule and Live Score. Like us on Facebook or follow us on Twitter for more sports updates. You can also download the NDTV Cricket app for Android or iOS.