Adelaide Strikers have completed their international signings with the addition of England spinner Danny Briggs for the upcoming Big Bash League. 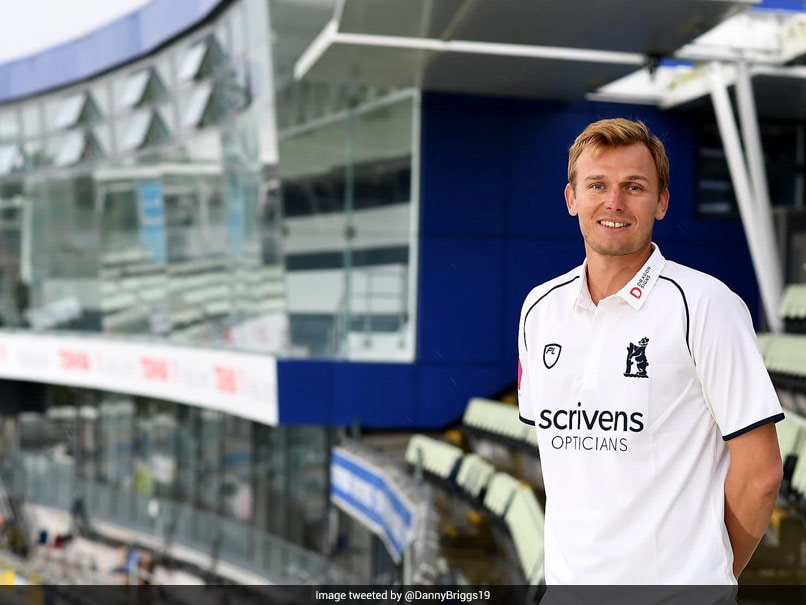 Danny Briggs is the leading wicket-taker in the history of the T20 Blast.© Twitter

Adelaide Strikers have completed their international signings with the addition of England spinner Danny Briggs for the upcoming Big Bash League. Briggs is the leading wicket-taker in the history of the T20 Blast. Since his first-class debut in 2009, the 29-year-old has become a mainstay of English cricket, playing almost 400 fixtures across all formats.

In domestic Twenty20 cricket, Briggs has played more than 150 games and taken 172 wickets, the most by any player in the competition's history. With best bowling figures of 5/19, Briggs is a skillful left-arm spinner with the ability to deceive the batsmen in a variety of ways.

"I'm really excited about joining the Strikers, the BBLis one of the best competitions in world cricket and something I've wanted to be a part of for years. I really can't wait to get going," the spinner said in a statement.

Briggs has also represented his country at both one-day international and T20I. In his ODI debut, the left-arm spinner took 2/39 from his 10 overs, while his best figures in T20I are 2/25.

Briggs has recently signed to play with Warwickshire in the UK, but in recent years he has been led by Strikers head coach Jason Gillespie at Sussex. Gillespie is delighted with the signing and spoke glowingly of Briggs in advance of his BBL debut season.

"Briggsy is a calm head; an experienced campaigner. He can bowl in every phase of a T20 game. He's very versatile and very adaptable. To have Briggsy to complement the leg-spin of Rashid Khan, plus we've got the off-spin of Trav Head and Matt Short. We feel that Danny will add another dimension to our bowling attack should he get a surface that suits multiple spin options," Gillespie said.

"He is a fantastic guy. He's very calm, a gun fielder but he also has that experienced head and he will crack in and do his job. He will fit in wonderfully well; the boys will enjoy his company," he added.

Comments
Topics mentioned in this article
Danny Briggs Cricket
Get the latest updates on ICC Women's Cricket World Cup 2022 and IPL 2022, check out the Schedule , Live Score and IPL Points Table. Like us on Facebook or follow us on Twitter for more sports updates. You can also download the NDTV Cricket app for Android or iOS.