"Happy He Sledged Me": Suryakumar Yadav On "Fierce" Clash With Virat Kohli

Suryakumar Yadav spoke about the time when Virat Kohli tried to sledge him, but he kept his cool and hit an unbeaten 79 to help Mumbai Indians beat RCB in IPL 2020. 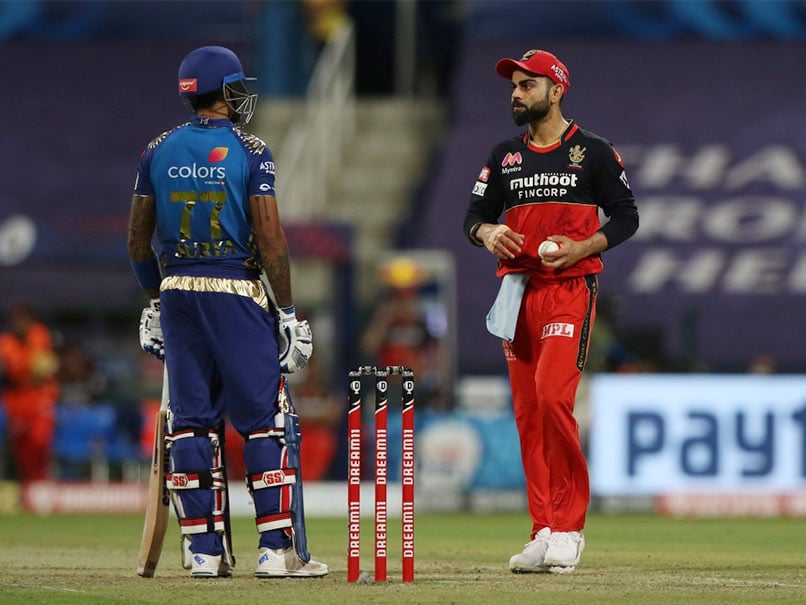 Suryakumar Yadav and Virat Kohli came face-to-face during the IPL 2020 game between MI and RCB.© BCCI/IPL

Suryakumar Yadav has made a mark in the cricketing world with his brilliant form in limited overs formats in the last few years, and was rewarded with an international debut in India's last T20 International (T20I) series, against England. However, his batting aside, he managed to grab eyeballs when he was involved in a heated moment with India captain Virat Kohli during Indian Premier League (IPL) 2020. Speaking about the incident - which happened in Abu Dhabi during the league stage match between Mumbai Indians and Royal Challengers Bangalore -- during a live chat on Mumbai Indians' Instagram handle, the batsman said that he was happy that Kohli was having a go at him, as it meant that the RCB skipper wanted to get him out.

Kohli kept chattering to Suryakumar through MI's chase, but he had kept his cool and did not respond at the time, staying unbeaten as his team romped to victory.

He went on to say that as he was in the zone during the match and determined to finish the game for his team, he was too focused to be distracted by anything.

Suryakumar Yadav said that Kohli is "electrifying" on the pitch and goes hard at any batsman up against him.

"It's not just me, he goes hard at any batsman batting against him," Suryakumar Yadav said about Kohli.

"I was happy that he sledged me," he said. "It means even Kohli knew that if I bat on, we will win the match and if they got my wicket, then maybe they could slow us down and create a chance to win."

Suryakumar went on to hit an unbeaten 79 as MI chased down 165 to beat RCB in the match.

He said that it was only heated up in the moment and they were normal after the match. He also added that he has a huge amount of respect for Virat Kohli.

Later in the live chat, he was asked about his fiercest rivalry in cricket, and said that while it wasn't exactly a rivalry, but the little clash with Kohli could be counted as one of his fiercest moments.

"I am a cool and calm customer on the pitch, so I don't get into these rivalries. But there was that moment in Abu Dhabi, so I guess that can go down as one," he said.