SL vs AUS Highlights: Dasun Shanaka smashed 54 off 25 deliveries to help Sri Lanka register a thrilling win in the third and final T20I against Australia. 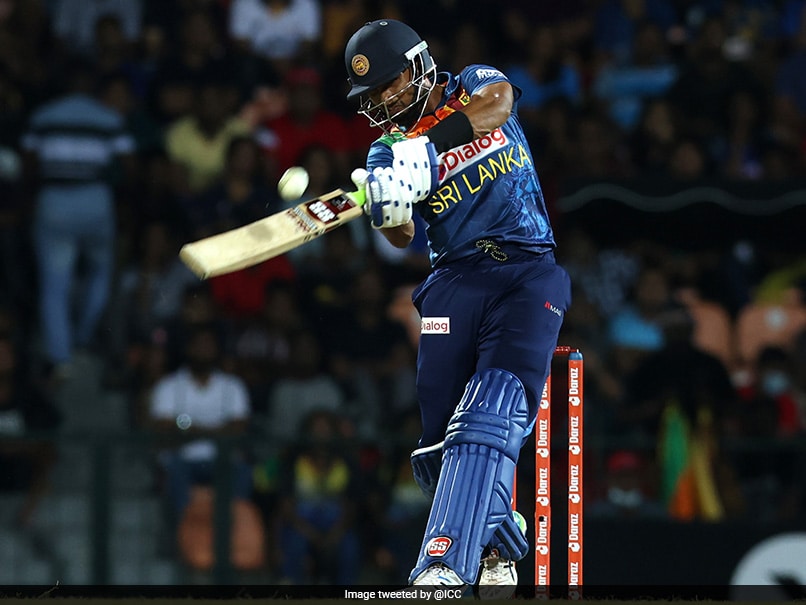 Sri Lanka vs Australia 3rd T20I Highlights: Dasun Shanaka smashed 54 off 25 deliveries to help Sri Lanka register a thrilling win in the third and final T20I against Australia. Albeit a consolation, with Australia taking the series 2-1, the win came in unlikely circumstances, with the hosts down to 108/6 in the 16th over. However, Shanaka's blitzkrieg saw them score 69 runs in the last 25 deliveries to chase down the 177-run target and snatch a win from the jaws of defeat. For Australia, David Warner had a 43-run stand with skipper Aaron Finch (29) and then a 42-run stand with Glenn Maxwell, but then Sri Lanka got three wickets in three deliveries, with Maxwell falling for 16 off 9, Warner for 39 off 33 and Josh Inglis for a first-ball duck. However, Marcus Stoinis then hit 38 off 23 deliveries to get the visitors' innings back on track. Even as he fell in the 16th over, Steve Smith's 27-ball 37 and Matthew Wade's 13 off 8 helped power Australia to 176/5. For Sri Lanka, Maheesh Theekshana picked two wickets, while Wanindu Hasaranga and Praveen Jayawickrama claimed one scalp apiece. Australia came into the match with a 2-0 series lead. (Live Scorecard)

Sri Lanka Cricket Team Live Score Live Cricket Score Live Blogs Cricket Dasun Shanaka
Get the latest updates on Fifa Worldcup 2022 and check out  Fifa World Cup Schedule, Stats and Live Cricket Score. Like us on Facebook or follow us on Twitter for more sports updates. You can also download the NDTV Cricket app for Android or iOS.