Akila Dananjaya was reported over a suspect bowling action during last month's first Test of the England series in Sri Lanka. 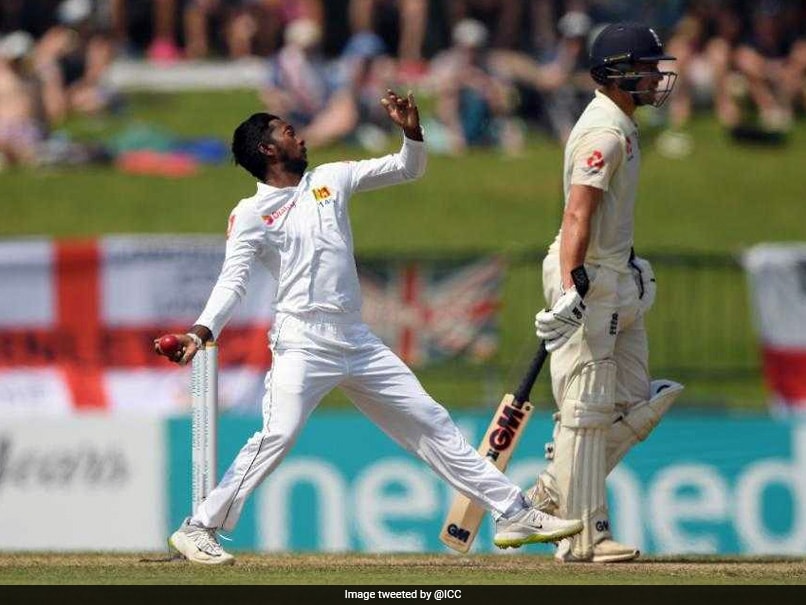 Sri Lanka off-spinner Akila Dananjayahas been suspended from bowling in international cricket over an illegal action, the International Cricket Council announced on Monday. Akila Dananjaya was reported over a suspect bowling action during last month's first Test of the England series in Sri Lanka, which the tourists won by 211 runs on their way to a 3-0 whitewash.

He underwent an independent assessment of his bowling action on November 23 in Brisbane which revealed his deliveries exceeded the 15-degrees level of tolerance permitted under the regulations.

"The International Cricket Council today announced that an independent assessment has found the bowling action of Sri Lanka's off-spinner Akila Dananjaya to be illegal and, as such he has been suspended from bowling in international cricket with immediate effect," the ICC said in a statement.

BREAKING: The bowling action of Sri Lanka spinner Akila Dananjaya has been found to be illegal. He has been suspended from bowling in international cricket with immediate effect.

Dananjaya's suspension will be also enforced by all national cricket federations for domestic matches, though he may be able to play domestically in Sri Lanka with the permission of Sri Lanka Cricket.

The 25-year-old, who has played five Tests since making his debut against Bangladesh in February, must now modify his action before applying for further testing and possible reinstatement.

England Cricket Team Akila Dananjaya Cricket
Get the latest updates on Fifa Worldcup 2022 and check out  Fifa World Cup Schedule, Stats and Live Cricket Score. Like us on Facebook or follow us on Twitter for more sports updates. You can also download the NDTV Cricket app for Android or iOS.