Steve Rixon will begin his new assignment later this month and join the Sri Lankan team in New Zealand. 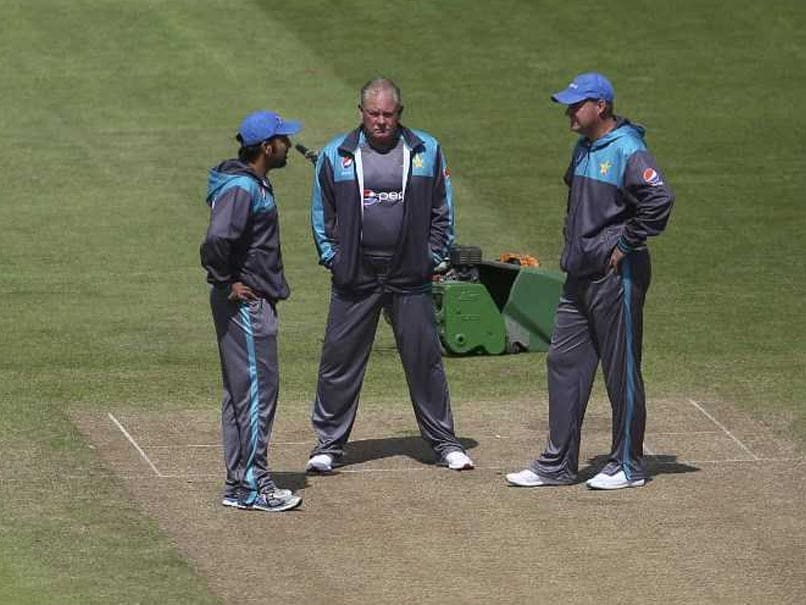 Steve Rixon (C) has been appointed the fielding coach of the Sri Lankan cricket team.© AFP

Sri Lanka have appointed former Australia wicketkeeper Steve Rixon as new coach of the cricket team. On the appointment, Sri Lanka Cricket CEO Ashley de Silva on Saturday said that Rixon will help the team move forward. Sri Lankan cricket is going through turbulent times both on and off the field and the latest staff appointment will be a boost to the team's preparations for the ICC World Cup 2019. Rixon will replace Manoj Abeywickrema, who took over the responsibility following the departure of Nic Pothas as a fielding consultant in April this year.

Rixon, who played 13 Tests and 6 ODIs for Australia, had earlier been the fielding coach of the Pakistan team but parted ways in June after two years, citing differences with the Pakistan Cricket Board (PCB).

The 64-year-old will begin his new assignment later this month and join the team in New Zealand where, starting December 15, Sri Lanka are scheduled to play two Tests, three one-day internationals and one Twenty20 international.

They will later play two Tests in Australia from January 24.

"I am sure he will be able to help the team moving forward, with his expertise in the area of fielding which is a vital component of the game."

De Silva said Rixon will work with the national team until the end of the 2019 World Cup.

Sri Lanka have been struggling for form recently, losing the home ODI and Test series to England.

They have also been hit by crisis off the field.

Bowling coach Nuwan Zoysa was suspended by the International Cricket Council in October after he was accused of match-fixing and other "corrupt conduct".

Earlier that month, ex-chief selector and former captain Sanath Jayasuriya was charged for failing to cooperate with a match-fixing probe and concealing information.

The country recently sought help from neighbouring India to draft laws to combat cheating in the game.

Australia Cricket Team Stephen John Rixon Cricket
Get the latest updates on IND vs NZ 2021, check out the Schedule and Live Score . Like us on Facebook or follow us on Twitter for more sports updates. You can also download the NDTV Cricket app for Android or iOS.