India's Request For Practice Matches Ahead Of Limited-Over Series Denied By Sri Lankan Board, Says Sources

Indian team for the limited-overs series against Sri Lanka has assembled in Mumbai and by the time a source from the Sri Lankan cricket board said that their board denied the BCCI for warm-up games against the "A" side. 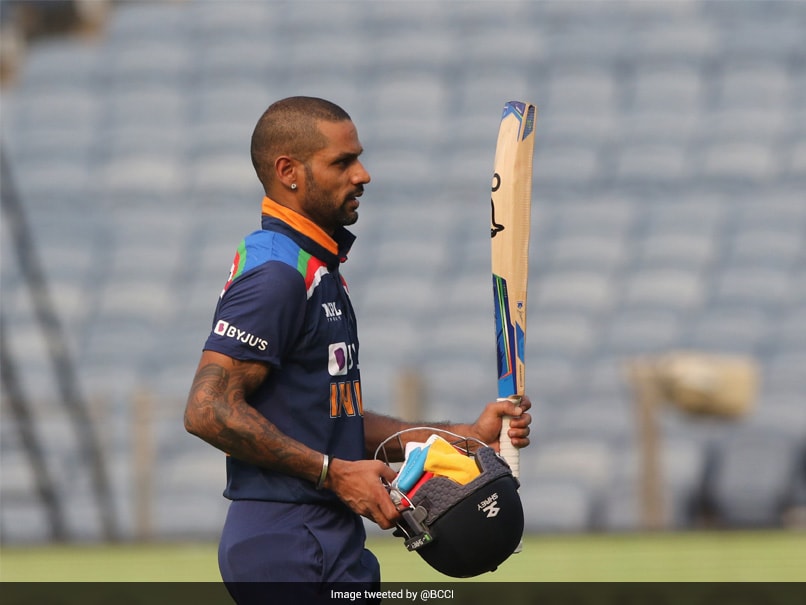 Shikhar Dhawan will make his captaincy debut in the limited-overs series against Sri Lanka.© Twitter

Ahead of the limited-overs series against Sri Lanka, the Indian white-ball squad has assembled in Mumbai and every member involved is now undergoing quarantine. The India squad led by Shikhar Dhawan will play three intra-squad games in Colombo as preparation for the limited-overs series against Sri Lanka. But first, the team will undergo a 14-day quarantine in India (seven days of hard and seven days of soft quarantine) before undergoing another phase of quarantine in Colombo. "Team India''s limited-overs squad for the Sri Lanka series has assembled in Mumbai. Good to see some new and happy faces in the squad," tweeted BCCI.

Speaking to ANI, sources in the know of developments in the Lankan board had confirmed that the Indian players wanted to play some practice games, but the COVID-19 situation meant it had to be intra-squad games and not against a Sri Lanka A team.

"The Indians wanted to play some warm-up games against the ''A'' team or a team that could be arranged, but the COVID-19 protocols made that a little difficult and that is when a request went to BCCI to play intra-squad games. So, the Indian team will now play one T20 game and two one-day games to prepare for the limited-overs series," the source said.

The All-India Senior Selection Committee on Thursday picked the squad for the 3-match ODI series and 3-match T20I series. The team will be led by Dhawan with Bhuvneshwar Kumar being picked as the vice-captain. All matches will be played at the R Premadasa International Cricket Stadium, Colombo.

Sri Lanka Cricket Team Sri Lanka vs India, 2021 BCCI Cricket
Get the latest updates on IPL Auction 2023 and check out  IPL 2023 and Live Cricket Score. Like us on Facebook or follow us on Twitter for more sports updates. You can also download the NDTV Cricket app for Android or iOS.