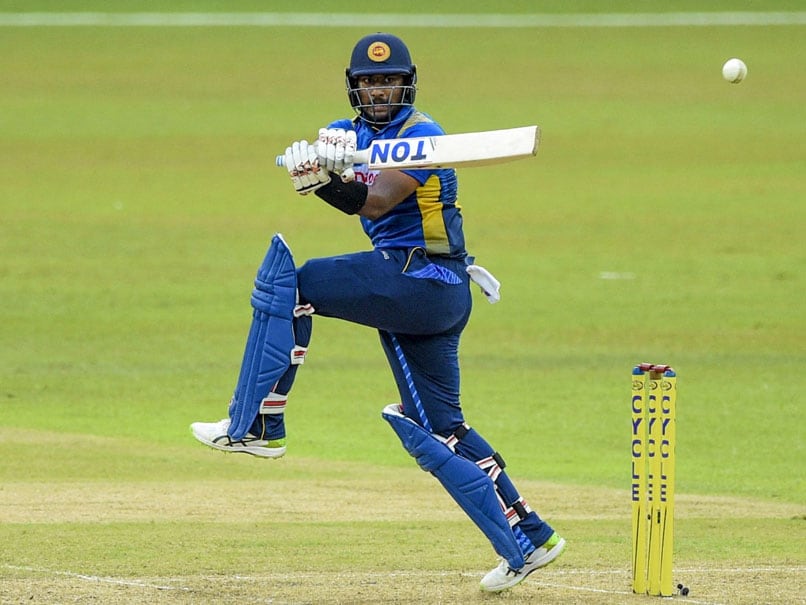 Opening batsman Avishka Fernando hit an attacking 118 to set up Sri Lanka's 14-run win over South Africa in the first of three one-day internationals on Thursday. The hosts scored 300 for nine from their 50 overs after electing to bat first in Colombo, with Fernando scoring his third ODI century. South Africa fell short on 286-6 despite opener Aiden Markram's 96 off 90 balls and a run-a-ball 59 by Rassie van der Dussen. Markram put on 106 runs for the second wicket with skipper Temba Bavuma, who retired hurt on 38, but missed out on a maiden ODI ton.

The Proteas' chase looked on track at 155-1 after 28 overs when Bavuma walked off the field due to a hand injury suffered by a throw from a Sri Lankan fielder.

Van der Dussen then put up a fight with his ninth ODI half-century as he hit six boundaries before being bowled by spinner Akila Dananjaya.

Earlier Fernando put on key partnerships including a 97-run fourth-wicket stand with Charith Asalanka, who scored 72.

Fernando, who put on 79 runs with Dhananjaya de Silva (44) for the third wicket, changed gears after raising his half-century and took the attack to the opposition with the left-handed Asalanka.

The 23-year-old reached his ton with a single, raising his bat and punching the air amid a standing ovation from the Sri Lankan dressing room.

Kagiso Rabada got Asalanka caught behind after the batsman's second ODI half-century in his sixth match. Rabada took two wickets.

The second ODI is on Saturday with all the matches to be played behind closed doors at the same venue.

Aiden Markram Cricket
Get the latest updates on Fifa Worldcup 2022 and check out  Fifa World Cup Schedule, Stats and Live Cricket Score. Like us on Facebook or follow us on Twitter for more sports updates. You can also download the NDTV Cricket app for Android or iOS.