IPL 2020: Anushka Sharma has been a regular in cricket matches involving India and Royal Challengers Bangalore games, but this time, she is celebrating from a distance. 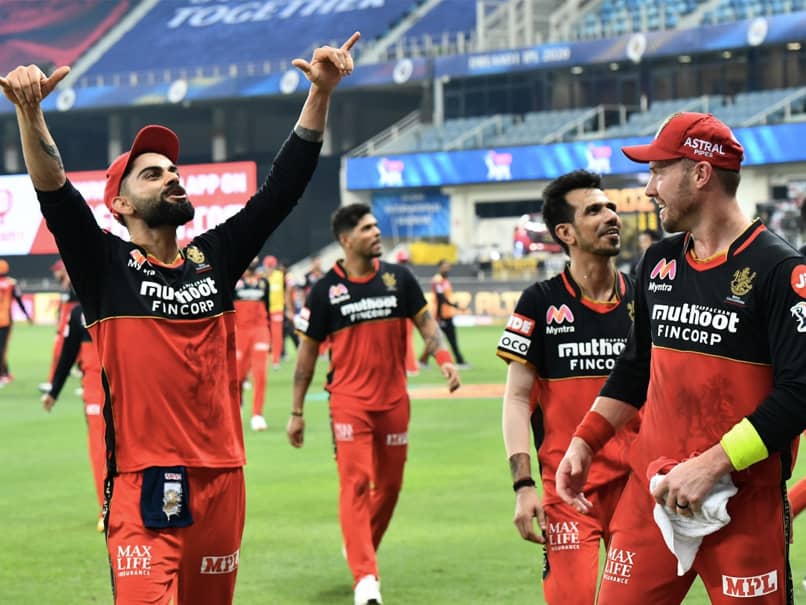 IPL 2020: RCB beat SRH by 10 runs in their opening fixture of this year's edition of the IPL.© BCCI/IPL

Bollywood star Anushka Sharma cheered on her husband Virat Kohli's Indian Premier League (IPL) team Royal Challengers Bangalore (RCB), after they started this year's season on a winning note, beating SunRisers Hyderabad (SRH) by 10 runs. RCB looked in trouble at one point, with Jonny Bairstow well set to take SRH to their 164-run target. But some brilliance from Yuzvendra Chahal and a spectacular collapse from the batting side saw Kohli's team grab the two points from their opening fixture. Sharing a picture of RCB players celebrating a wicket on her Instagram story, Anushka wrote "winning start" along with a flurry of emojis. 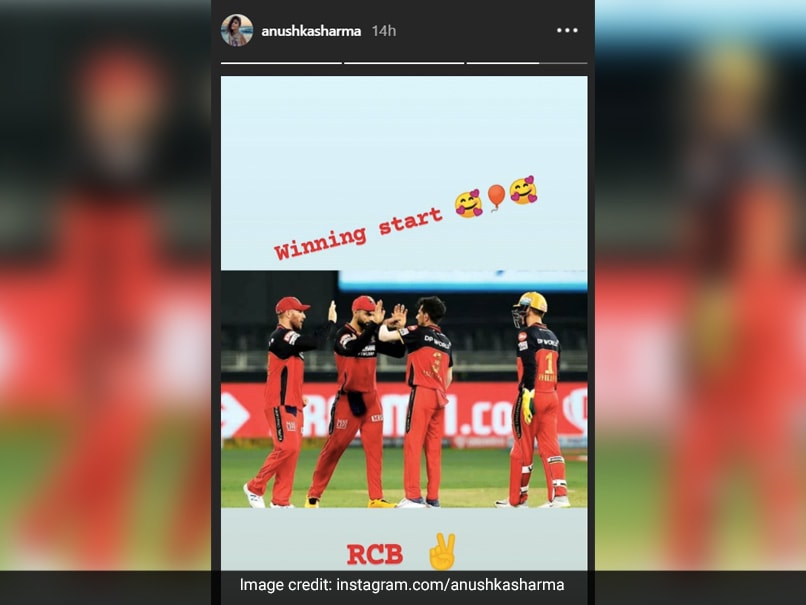 RCB fans were also treated to yet another show of class from AB de Villiers, who gave the team a strong finish with a 30-ball 51.

But it was Chahal, with figures of 3-18 from his four overs, who was the match-winner for RCB.

First, he removed Manish Pandey to break up a dangerous 71-run stand between him and Bairstow.

Then, in his final over, he bowled Bairstow and Vijay Shankar off consecutive deliveries to shift the momentum completely in RCB's favour.

Those wickets opened the floodgates as SRH lost eight wickets in the space of five overs and RCB recorded a relatively comfortable win at the end.

Yuzvendra Chahal IPL 2020 Sunrisers Hyderabad vs Royal Challengers Bangalore, Match 3 Cricket
Get the latest updates on IPL 2021, IPL Points Table , IPL Schedule 2021 , live score . Like us on Facebook or follow us on Twitter for more sports updates. You can also download the NDTV Cricket app for Android or iOS.