South Africa will aim for a desperate victory, to share the Test series and end a streak of seven successive home series wins. 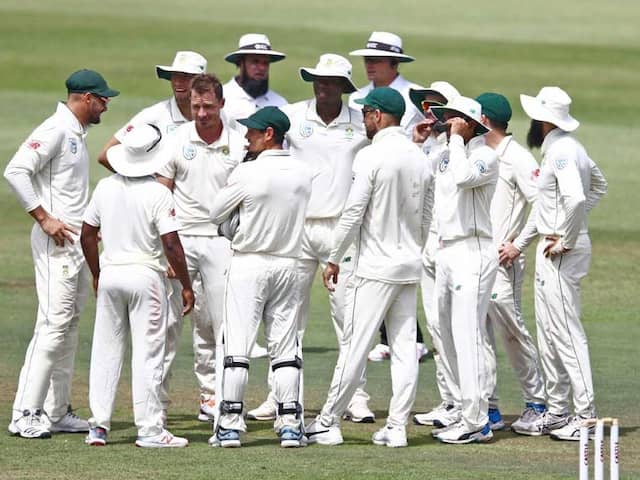 South Africa will be seeking to bounce back in the second Test against Sri Lanka, starting at St George's Park on Thursday, after Kusal Perera's heroics handed them a chastening defeat in the first Test. Perera became a national hero in Sri Lanka after scoring an unbeaten 153 in Durban to guide his country to a sensational first Test victory in South Africa. Although it was Perera who stole the headlines in the team's dramatic one-wicket win, the rest of the players rose to rookie captain Dimuth Karunaratne's challenge to "compete in every session".

In consequence, South Africa are likely to have a change of strategy after going into the Durban match with a four-pronged pace attack as well as spinner Keshav Maharaj. It left them with only six recognised batsmen.

Du Plessis admitted in Durban that South Africa's batting had been disappointing.

It seems certain that the hosts will include an extra batsman, either Theunis de Bruyn or Zubayr Hamza, while a more conventional mix of three fast bowlers and a spinner seems probable.

Opening bowler Vernon Philander did not bowl in Sri Lanka's second innings in Durban because of a hamstring strain.

If he is not fit, it will simplify the decision of which seamer to omit, although there is also a possibility that all-rounder Wiaan Mulder may win a first cap.

South Africa could also re-think their policy of short-pitched bowling against Asian opponents. It did not work in Durban and the surface in Port Elizabeth also tends to lack the pace and bounce of other South African venues.

Before the Durban Test, Du Plessis was talking about his team's long-term goal of closing the gap on number one-ranked India in the world Test rankings.

If, as had been expected, South Africa had disposed of their sixth-ranked opponents by winning both Tests, South Africa would have closed the gap on India to four points.

Now, the best they can do is share the series, ending a streak of seven successive home series wins.

Even if they win in Port Elizabeth they will drop two points further behind India - and if they lose or draw they will fall behind New Zealand, currently in third place.

South Africa have won five and drawn one of their most recent six Tests at St George's Park, including a 206-run win over Sri Lanka in two seasons ago.

Last season, after losing the first Test in Durban, South Africa turned the series against Australia around with a convincing six-wicket win in Port Elizabeth.

Kagiso Rabada, who had a poor first Test against Sri Lanka, will be returning to the ground where he took 11 wickets against Australia.

Faf du Plessis Cricket South Africa vs Sri Lanka, 2nd Test
Get the latest Cricket news, check out the India cricket schedule, Cricket live score . Like us on Facebook or follow us on Twitter for more sports updates. You can also download the NDTV Cricket app for Android or iOS.