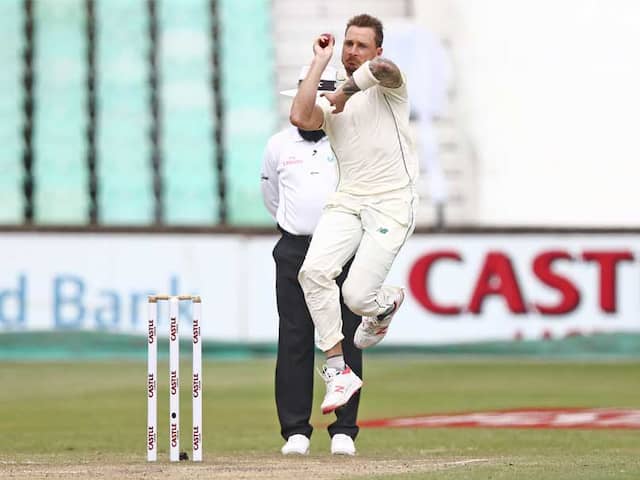 Dale Steyn led South Africa's bowling attack and claimed two big wickets on the fourth day of the first Test against Sri Lanka at Kingsmead on Saturday to surpass England fast bowler Stuart Broad in the list of leading wicket-takers in the Test cricket. The 35-year-old South African dismissed Oshada Fernando and wicketkeeper-batsman Niroshan Dickwella to climb to the seventh position in all-time leading Test wicket-takers and fourth among fast bowlers. With 439 wickets, Dale Steyn is now 80 wickets away from West Indies legend Courtney Walsh (519).

With 575 scalps, Engalnd's James Anderson leads the chart, as far as fast bowlers are concerned, while former Australia pacer Glenn McGrath is second with 563 wickets to his name.

However, South Africa lost the first Test as Kusal Perera took Sri Lanka to a sensational one-wicket win on the fourth day. Perera hit a career-best 153 not out as he and Vishwa Fernando put on an unbeaten 78 in a last-wicket partnership that enabled Sri Lanka to secure only their second win in 14 Test matches in South Africa.

Victory seemed unlikely when the ninth wicket fell with the total on 226, with the tourists chasing a target of 304.

But the left-handed Perera successfully farmed the strike, with South African captain Faf du Plessis persisting with defensive fields for the in-form batsman, while Fernando only had to face 27 balls during a 96-ball partnership.

South Africa took the second new ball with the total on 263 but still kept most of their fielders on the boundary for Perera, who hit sixes off both Dale Steyn and Kagiso Rabada before slashing Rabada to third man for the winning boundary.

Dale Steyn Cricket South Africa vs Sri Lanka, 1st Test
Get the latest Cricket news, check out the India cricket schedule, Cricket live score . Like us on Facebook or follow us on Twitter for more sports updates. You can also download the NDTV Cricket app for Android or iOS.