Mohammad Amir's decision to bid adieu to Test cricket at the age of 27 did not sit well with former Pakistan speedsters Shoaib Akhtar and Wasim Akram. 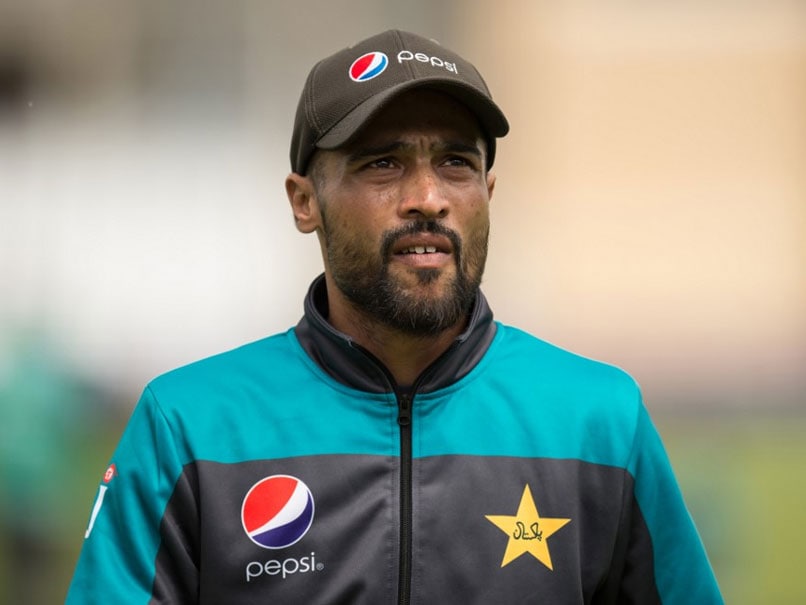 Mohammad Amir, the Pakistan fast bowler, announced his decision to retire from Test cricket with immediate effect on Friday. Citing his desire to concentrate on white-ball cricket, the 27-year-old released a statement through the Pakistan Cricket Board (PCB). He will continue to be available for selection in ODIs and T20Is, and said his immediate goal was to be in the "best physical shape" for next year's T20 World Cup in Australia. However, Amir's decision to bid adieu to the longest format of the game at a young age did not sit well with former Pakistan speedsters Shoaib Akhtar and Wasim Akram.

Akhtar said that Pakistan cricket invested in Amir after his comeback from spot-fixing ban and it was time for the pacer to pay back.

"I am thoroughly disappointed that Amir has retired at the age where players are at the peak of their careers. It was time for Amir to pay back Pakistan. In a time where Pakistan's run in Test matches is so poor, Amir was needed to deliver for his side and help them win some series. I had helped Pakistan win series in England and New Zealand despite knee injuries," Akhtar said on his YouTube channel.

"If I were part of the Pakistan selection board, I would have not allowed these boys to play T20s. There are times when you should make money but this is the time when Pakistan needs you.

"All these players just want to be the T20 bowlers. This is the fact. Amir, Wahab Riaz, Hasan Ali, all these players want to play only in the T20s. Playing in the ODIs also seems to be a huge task for them," the former Pakistan pacer added.

On the other hand, Wasim Akram took to Twitter to express his disappointment at Mohammad Amir's decision.

"To me Mohammad Amir retiring from Test cricket is a bit surprising because you peak at 27-28 and Test cricket is where you are judged against the best, it's the ultimate format," Akram tweeted on Saturday.

To me Mohammad Amir retiring from Test cricket is a bit surprising because you peak at 27-28 and Test cricket is where you are judged against the best, it's the ultimate format. Pakistan will need him in two Tests in Australia and then three in England.

Mohammad Amir Shoaib Akhtar Wasim Akram Cricket
Get the latest updates on India vs South Africa and check out  Schedule, Results and Live Score. Like us on Facebook or follow us on Twitter for more sports updates. You can also download the NDTV Cricket app for Android or iOS.