Shafali Verma was on point during the first two T20 Internationals against South Africa and climbed to the top of the rankings ahead of Australian Beth Mooney. 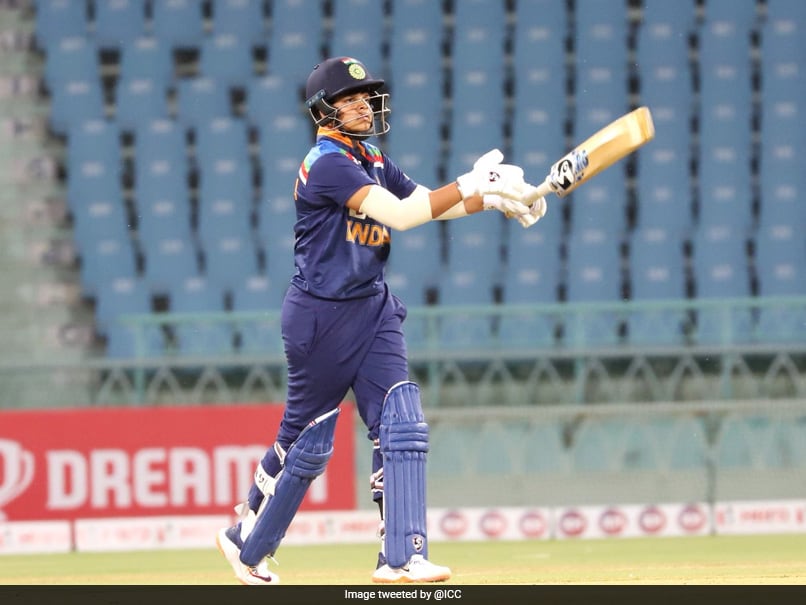 India women's team opener Shafali Verma once again climbed to the top of the ICC Women's T20I rankings for batters with impressive displays against South Africa Women in the first two T20 Internationals (T20Is). Verma scored 23 and 47 in the two games and climbed the rankings chart above Australia's Beth Mooney to go top for the second time in her career. "India opener Shafali Verma is back at the top of the MRF Tyres ICC Women's T20I Player Rankings after a fine show in the first two matches of the ongoing three-match series against South Africa in Lucknow," the ICC said in a statement.

Shafali had earlier attained the top ranking when she played a crucial role in helping India reach the final of the Women's T20 World Cup in Australia last year.

While she did not quite fire in the first T20I, scoring 23 off 22 deliveries, she was back to her explosive best in the second match. The youngster smashed 47 off just 31 deliveries, with six boundaries and two sixes.

South Africa's Lizelle Lee and Laura Wolwaardt also climbed up the charts after impressive displays in the series.

Lee went up three spots to 11th in the rankings after her match-winning 45-ball 70.

For India, Deepti Sharma has moved up four places to 40th and teenager Richa Ghosh has rocketed 59 places to 85th among batters while young all-rounder Harleen Deol has progressed in both lists, up 262 places to 99th among batters and up 76 places to 146th among bowlers.

South Africa Women Shafali Verma Cricket
Get the latest updates on IPL Auction 2023 and check out  IPL 2023 and Live Cricket Score. Like us on Facebook or follow us on Twitter for more sports updates. You can also download the NDTV Cricket app for Android or iOS.