People were wishing Zaheer Khan for his birthday on September 7 but Sachin Tendulkar asks his former teammate to unravel the birthday mystery. 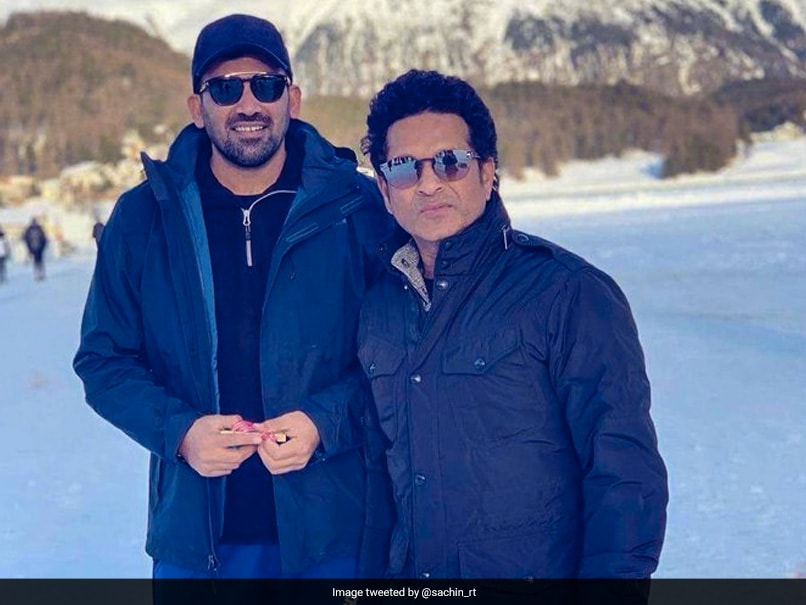 A day after Zaheer Khan celebrated his 42nd birthday, his former India teammate Sachin Tendulkar took to social media and threatened to spill the beans on his birthday mystery. Tweeting a picture with Zaheer, Tendulkar wrote "Yahaan pe bhi reverse swing Zak! Ab bata bhi de logon ko, ki your birthday is today and not on the 7th! (Reverse swing here as well Zak! At least now tell people that your birthday is today and not on the7th!)" The legendary batsman signed off with a wish for his former teammate. "Wishing you a very happy birthday my friend," he wrote.

Ab bata bhi de logon ko, ki your birthday is today and not on the 7th!

Wishing you a very happy birthday my friend. pic.twitter.com/pr2XqolbZ2

Wishes had poured in for India's World Cup-winning pacer on Wednesday, which is recorded as his official birthday.

Zaheer is currently in the United Arab Emirates (UAE) with Mumbai Indians (MI) for Indian Premier League (IPL) 2020 as their Director of Cricket Operations.

The Maharashtra native played in 309 matches for the Indian national team, and grabbed 610 wickets. Also, a 2011 ODI World Cup winner, Zaheer was famous for his yorkers. He has also received the Arjuna Award and Padma Shri.

In a career marred with recurring injuries, Zaheer represented MI, Royal Challengers Bangalore (RCB) and Delhi Daredevils in the IPL.

It is worth noting that only Muttiah Muralitharan (325) and Shaun Pollock (252) have scalped more left-handed batsmen than Zaheer, who has registered 237 wickets of southpaws.

Zaheer Khan Cricket
Get the latest updates on ICC T20 Worldcup 2022, check out the Schedule and Live Score. Like us on Facebook or follow us on Twitter for more sports updates. You can also download the NDTV Cricket app for Android or iOS.