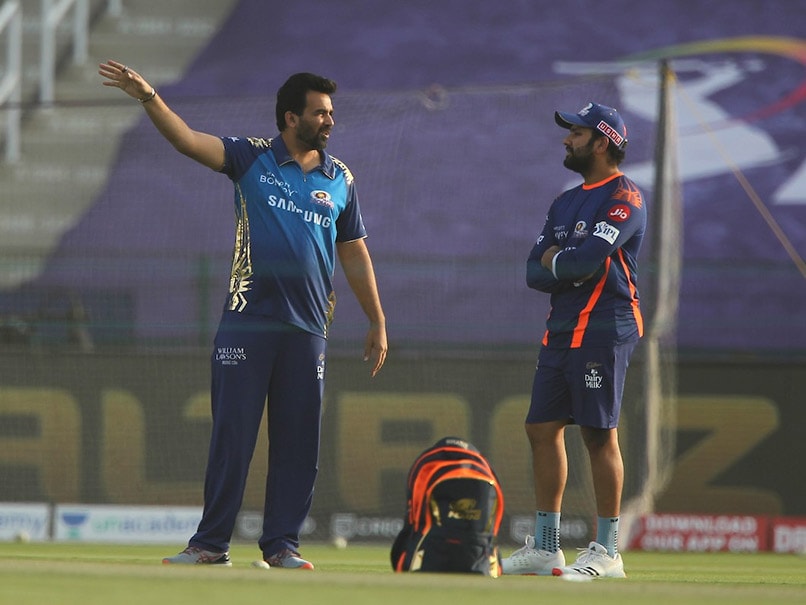 Mumbai Indians, Director of Cricket Operations, Zaheer Khan feels that players absorbed pressure "very well" in the game against Kings XI Punjab which the side won by 48 runs on Thursday. After losing a couple of early wickets, skipper Rohit Sharma and Ishan Kishan stitched a 62-run stand for the third wicket. Rohit scored 70 runs while Kishan added 28 runs. "Everyone has been very in tune with the game, they absorbed pressure very well. I think that was one of the key highlights be it bowling or batting. I think Rohit and Ishan put together a great partnership which was required at that stage. (They) took their time, the conditions were not really easy," Zaheer said in a video posted by the franchise's official Twitter handle.

Kieron Pollard and Hardik Pandya smashed 18 runs in the 18th over and 19 runs in the 19th over. The duo then whacked four sixes in the final over to reach 191 runs in 20 overs. In the last six over, Mumbai scored 104 runs.

The duo had a 67-run unbeaten partnership off 23 balls. Pandya smashed 30* while Pollard played an unbeaten knock of 47 runs off 20 balls.

"Hardik and Pollard that is what they are known for and I think it is great to have the big man in such a form, coming from the tournament in the Caribbean. Now he is continuing with that form which is very important and we are always banking on him. Pollard coming to the party and when he comes to the party early it is always a great sign or us," Zaheer said.

"Well, we had specific plans in place. Shane Bond works very hard in making sure all the bowlers are updated with the plans. It is good to have the experienced pace battery which we have and the spinners also joining the party. So, it was very important for someone like Rahul Chahal and Krunal Pandya to get that confidence in the middle. I think everyone today put their hand up which is a great sign for the team," the former Indian pacer said.

"Very happy with the win. I think it was very important for us. We have been playing good cricket. The preparations have been fantastic and we have been motivating our troops with that regard. So all and all we are very happy with the way things are shaping up for us, it is about continuing with the process and going ahead in the tournament," he added.

Chasing 192 runs, KXIP got off to a good start. However, Bumrah castled in-form Mayank Agarwal (25) in the fifth over. Minutes later, Krunal Pandya bowled Karun Nair for a duck.

Nicholas Pooran then joined skipper KL Rahul and the duo stitched a 21 run stand. Rahul's sluggish innings came to an end in the ninth over which reduced Punjab for 60/3.

Pooran played brilliantly and tried to revive KXIP's hope in the chase through his power-hitting before getting out in the 14th over. He scored 44 runs off 27 balls which included two glorious sixes.

Zaheer Khan IPL 2020 Kings XI Punjab vs Mumbai Indians, Match 13 Cricket
Get the latest updates on India vs Australia and check out  Schedule, Results and Live Score. Like us on Facebook or follow us on Twitter for more sports updates. You can also download the NDTV Cricket app for Android or iOS.