Australia will tour India to play four Test matches in February and March. 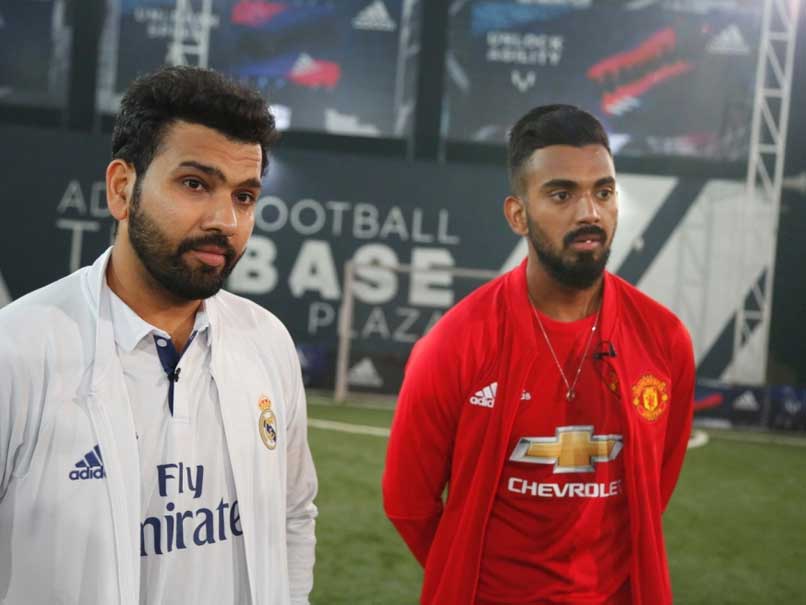 Rohit Sharma and KL Rahul during a promotional event in New Delhi on Saturday.© NDTV

Having undergone a thigh surgery, star India batsman Rohit Sharma is currently on rehabilitation, trying to get back his fitness and be ready for the Australia series where he is trying his comeback. Australia will be touring India in February-March to play four Test matches. Rohit said on Saturday that he is striving to make his long-awaited return to the Indian cricket team against Australia. He was not part of India's Test, One-Day International (ODI) or Twenty20 International triumphs against England post his surgery in London after suffering an injury in the final ODI against New Zealand last year.

"I am trying to make a comeback in the Australia series. That is the series I am eyeing. I am at the NCA (National Cricket Academy) right now and everybody is trying to help me out," Rohit said on the sidelines of an event in New Delhi.

The New Zealand series was the last time the flashy batsman was seen in action.

The 29-year-old Mumbaikar, who hold the record for scoring two double tons in ODIs, said he was feeling better and raring to go.

He was in the capital alongside India's another new find, KL Rahul, who had come as brand ambassadors of Adidas for the launch of the sportswear giant's first-ever football destination in India -- The Base -- Plaza.

The 24-year-old Rahul said the team will approach the Australia series on a confident note, having tasted most success in recent times.

Coming back to Rohit, he had hurt his thing in the final One-dayer against New Zealand while trying to complete a run. Despite the injury, he kept batting and made a crucial 70 in India's win, in the process aggravating his injury.

He had then undergone a successful surgery on his right upper quadriceps tendon with the recovery process keeping him out of action for a long period.

Rohit's absence was felt in the recently-concluded limited overs series against England, with skipper Virat Kohli himself admitting that the opening combination looked shaky.

"If Rohit was in the side, there is no question he would be opening with Rahul. I have no urge to open, I play at three, I can play anywhere according to what the management thinks. You can't ask someone to open if he has not done it in the past. It would be unfair on him," Kohli had said recently.

Rahul's sudden form slump in limited-overs cricket also did not help the team's cause, as he fell for 8, 5 and 11 in the ODIs.

Both Rohit and Rahul indulged in a football game with the scribes on the occasion.

The Base has been designed keeping in mind the needs of the new age urban footballer and aims at redefining their playing experience.

Spread across a sprawling 2.5 acres, The Base comprises of two pitches -- a natural and an artificial pitch.

While Rohit said football was always his second love, Rahul confessed that the sport was his first love before he switched to cricket.

Comments
Topics mentioned in this article
India Cricket Team Australia Cricket Team Rohit Sharma Cricket
Get the latest updates on ICC T20 Worldcup 2022 and CWG 2022 check out the Schedule, Live Score and Medals Tally. Like us on Facebook or follow us on Twitter for more sports updates. You can also download the NDTV Cricket app for Android or iOS.