Rohit Sharma said that India didn't start well in their chase of 220 vs New Zealand in Wellington. 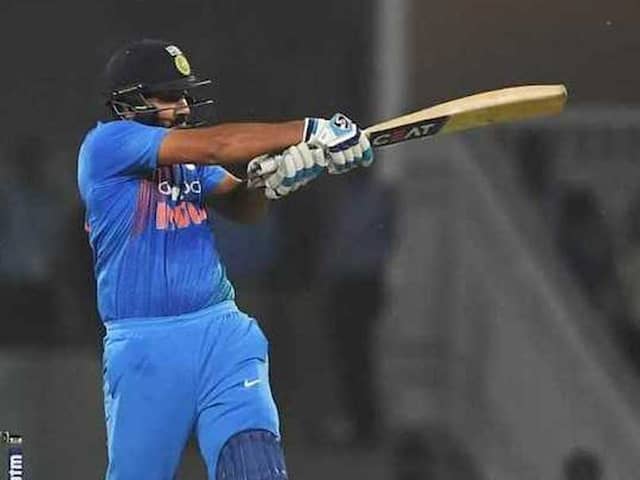 Captain Rohit Sharma was dismissed for one in the first T20 International.© AFP

After winning the One-day International series 4-1 vs New Zealand, India slumped to a defeat in the first T20I in Wellington, where they were hammered by 80 runs. A disappointed Rohit Sharma felt the lack of partnerships hurt his side's chances during the run chase. After an impressive show in the recently concluded ODI series against the Kiwis, the men in blue failed to click both with the bat and the ball on Wednesday as they were bundled out for 139 runs, thanks to an all-round effort by the hosts.

Speaking after the match, Rohit said: "It was a tough game. We were outplayed in all three departments. We didn't start well and we knew that 200 wasn't going to be an easy chase although the grounds are small here."

"But we kept losing wickets and that threw us off. We have chased such targets in the past and that is why we played with eight batsmen, but we didn't have small partnerships and that made it tough while chasing such a big target," he added.

Rohit however, was hopeful that they would be able to rectify their mistakes in the remaining matches as his side was capable of hunting down big targets.

"As a team, we have been good at chasing down targets which is why we play with eight batsmen. We believe that whatever the target is in front of us we can chase it down, but we just couldn't do it tonight," expressed the stand-in India skipper.

Meanwhile, Kiwi skipper Kane Williamson acknowledged his team's overall performance beside praising Tim Seifert, whose 43-ball 84 runs made all the difference on Wednesday.

"Fantastic performance all around, everyone rose and it was one of those complete performances that you search for," Williamson said adding: "The top-order were superb and we built partnerships that helped us. Seifert, Munro were outstanding."

"Daryll Mitchell bowled really well. We had the runs on the board, but the bowling and fielding too was of high standard," he added.

Both the sides will now face-off in the second match of the series on Friday.