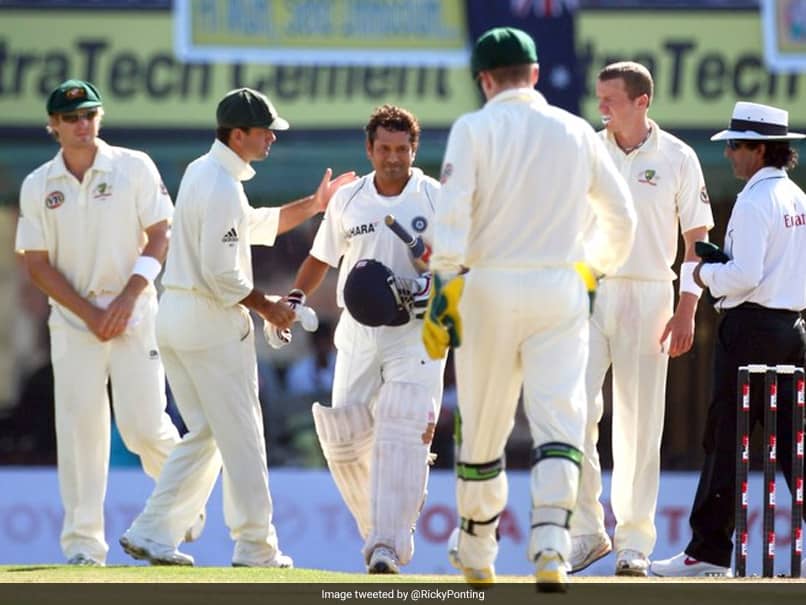 Ricky Ponting, who is set to come out of retirement for a charity match, will lock horns with Shane Warne XI in a Bushfire Cricket Bash match that will be played on February 8. Cricket Australia added international touch to the much-awaited charity match on Tuesday by announcing that cricket legends Sachin Tendulkar and Courtney Walsh will coach the two sides in a match that will be played as a curtain-raiser for the Big Bash League final. Former Australia Skipper Ponting took to Twitter to welcome Sachin Tendulkar while taking a cheeky dig at his counterpart Shane Warne.

"How great is it to have @sachin_rt taking part in the Bushfire Cricket Bash and giving up his time to come out for the cause. Picked the right team to coach too," Ricky Ponting tweeted.

How great is it to have @sachin_rt taking part in the Bushfire Cricket Bash and giving up his time to come out for the cause. Picked the right team to coach too! pic.twitter.com/RVSdy28vO7

"We are absolutely honoured to be welcoming Sachin and Courtney back to Australia where they both enjoyed a lot of success as players, and we can't wait to have them involved," Cricket Australia chief Kevin Roberts was quoted as saying by AFP.

Earlier this month, Warne's "baggy green" cap, awarded to Test players on their debut, sold at auction for more than 1 million Australian dollars (nearly USD 700,000) with all funds aiding victims.

Sachin Tendulkar Ricky Ponting Shane Warne Courtney Walsh Adam Gilchrist Cricket
Get the latest updates on India vs Australia Series, check out the India vs Australia Schedule for 2020-21 and Ind vs Aus live score . Like us on Facebook or follow us on Twitter for more sports updates. You can also download the NDTV Cricket app for Android or iOS.