Royal Challengers Bangalore have lost seven out of their eight IPL 2019 matches so far. 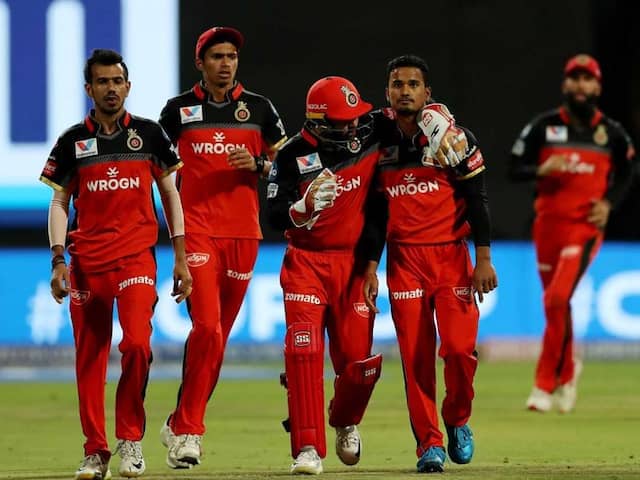 Royal Challengers Bangalore (RCB) once again ended up on the wrong side of the results in a closely-contested match against Mumbai Indians (MI) at the Wankhede Stadium, Mumbai. RCB now have lost seven out of their eight league matches and sit at the bottom of the table. However, their key leg-spinner Yuzvendra Chahal thinks otherwise and is hopeful that if the team can win all their remaining matches, they may qualify for the playoffs.

Speaking after the loss to Mumbai Indians, Chahal, the third-highest wicket-taker of the ongoing edition, said, "...if we win next six games, we can still qualify. Last year a team qualified with 14 points, so still we are in the game because you never know what will happen next."

Skipper Virat Kohli had similar views when asked about the road ahead.

"We just have to enjoy ourselves, play the way we did in the last two games. Need to keep our composure under pressure. Need to take half-chances," Kohli said after the loss.

The only respite for RCB is that out of six remaining matches, they have four home games at M. Chinnaswamy Stadium, Bengaluru. The two away games are against Kolkata Knight Riders (KKR) on April 19 and Delhi Capitals on April 28.