The coronavirus lockdown has confined majority of the population to their houses and young kids like Swara Gurav have no choice but to hone their skills playing indoors. 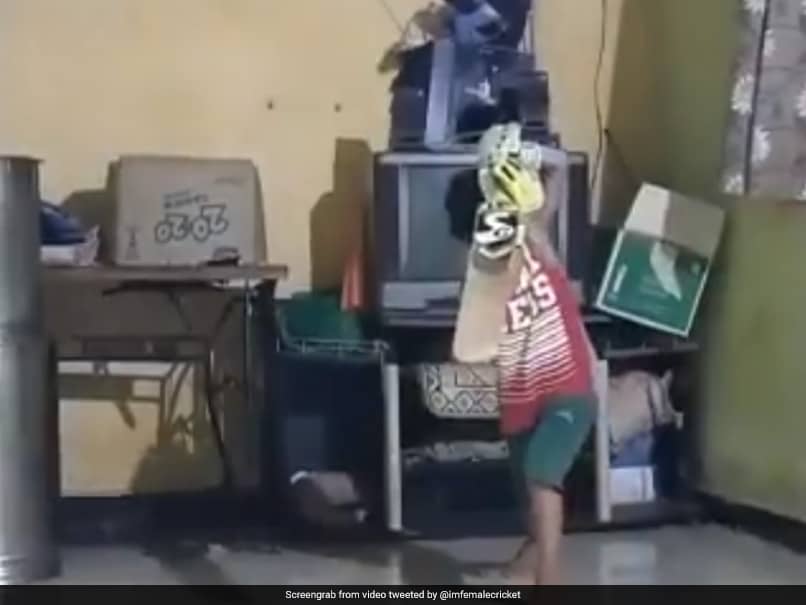 A video of a six-year-old girl Swara Gurav from Pune practicing cricket shots indoors with "her brothers" went viral on social media, leaving even Royal Challengers Bangalore (RCB) director Mike Hesson mighty impressed. The former New Zealand coach was in complete awe of the young girl's solid technique and shared the video on micro-blogging site Twitter. In the video, the six-year-old girl can be seen hitting the ball with absolute ease and showcasing some incredible footwork for such a young girl. "Remember the name#SwaraGurav," Hesson tweeted. Indian woman fast bowler Shikha Pandey also praised her skills and wrote: "Don't mind taking lessons from two champions! #Incredible".

Former New Zealand all-rounder Grant Elliot also commented on the video as he wrote: "Defense needs to be sound. If she misses the ball it could smash the TV screen behind her".

Elliot, who is most remembered for his match-winning knock in the semi-final of the 2015 World Cup against South Africa, replied: "You never had those trainings with me. No wonder my defense was junk."

The nationwide lockdown due to the coronavirus has left the entire population confined to their houses and young kids like Swara have no choice but to hone their skills playing indoors.

In fact, it even gained the attention of former England captain Michael Vaughan and current West Indies batsman Shai Hope.

Vaughan and Hope both took to Twitter and had shared Pari Sharma's batting clip in which she was playing shots with solid footwork and firm head position.