Rashid Khan was made Afghanistan's captain across all formats after the team had a disappointing run in the recently-concluded World Cup 2019. 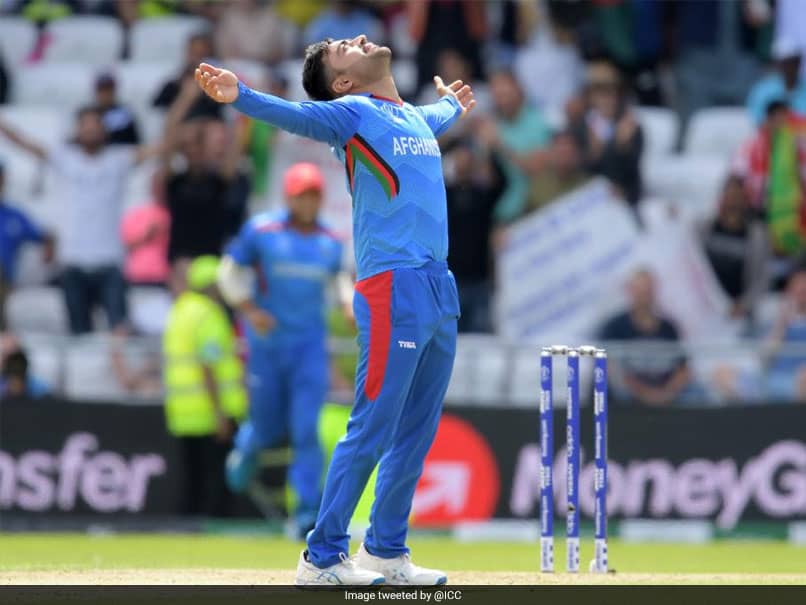 Rashid Khan is looking to inspire his team for a better show in T20 World Cup next year.© Twitter

Rashid Khan, the newly elected captain of Afghanistan's cricket team, is eyeing an improved show in next year's T20 World Cup after his team's dismal show at the recently-concluded World Cup 2019. The Afghanistan Cricket Board replaced Gulbadin Naib with Rashid Khan as team's skipper after Afghanistan finished the World Cup without a single victory. Rashid Khan has said that while 2023 World Cup is still a bit far away, the team is currently focussing on delivering the goods in the T20 World Cup which will be played in 2020.

"That (2023 World Cup) is something that is a very big challenge for us. As I said, we have the skills and talent, but we need to improve. We need to know how to play against the big teams and what should be the proper preparation against them. As we saw, we were struggling in this World Cup. (But) I think the 2023 World Cup, it's a little bit far. The focus and target right now is the T20 World Cup in Australia," Rashid Khan was quoted as saying by ANI.

Rashid Khan further said that he was mentally ready for the position, adding that when it comes to national duties one has to be ready to lead.

"I wasn't quite surprised. I was already the vice-captain, which means you are the upcoming captain. Mentally, I was ready for it. Yes, it happened very quickly, but when it comes to the national team, when it comes to the country, you always have to be ready to lead. I'll try my best to lead as well as possible," Rashid Khan said.

Afghanistan's performance did not reflect in the recently-concluded World Cup as the team remained winless and lost all nine league stage fixtures. Reflecting on the same, Rashid said going forward the team needs to be mentally strong and fit for such competitions.

The 20-year-old said that Afghanistan are skilled but need to improve in fitness. Rashid added that cricketers coming into the national team need to work on their mental aspect, believe in oneself and work hard.

"The most important thing is fitness, we have to be very fit. These are the things we need to improve on in upcoming years to be a better side, a side that can beat any team. We have the talent, we have the skills. We just need to bring improvement in that," Rashid Khan said.

The next edition of the World Cup will be hosted in India, while the ICC T20 World Cup 2020 will take place in Australia.

Rashid also said that Afghanistan need to play more matches against top teams as it will help them improve their game.

"We will show how we are better, and show how we can do better compared to the last World Cup. We just need to keep improving and bringing down the number of mistakes we have done in the past. In T20s, especially, we have the ability and we have the best team (that we can have)," Rashid Khan said.

"And for 2023, we should know that from hereon, there should be proper preparation for 50 overs. The more we play against the top teams, the better we will be. So looking forward to more games and series with the big teams," Rashid Khan concluded.

Gulbadin Naib Cricket
Get the latest updates on India vs England Series, India vs England , live score and IPL 2021 Auction . Like us on Facebook or follow us on Twitter for more sports updates. You can also download the NDTV Cricket app for Android or iOS.