Shubman Gill refused to leave the crease after he was adjudged caught-behind by slow medium bowler Subodh Bhati. 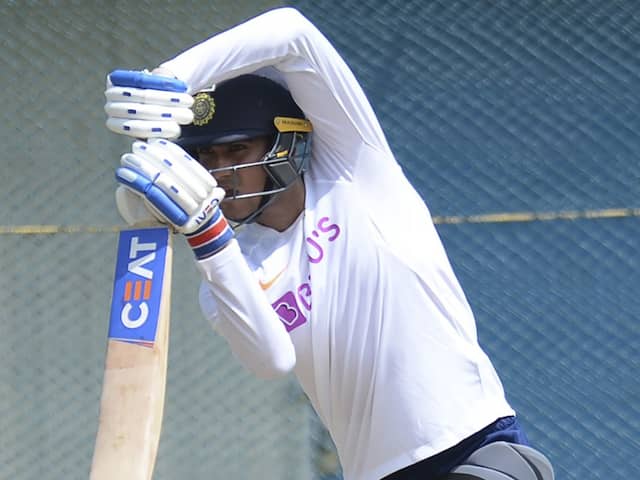 Shubman Gill was reinstated after a discussion between the on-field officials.© AFP

Rising star of Indian cricket Shubman Gill was embroiled in a controversy when he got his dismissal overturned after arguing with the on-field umpire during Punjab's Ranji Trophy encounter against Delhi on Friday, leading to stoppage of play for around 10 minutes. The current white-ball captain of the India A team refused to leave the crease after he was adjudged caught-behind by slow medium bowler Subodh Bhati. An argument with the umpire followed and the batsman was reinstated after a discussion between the on-field officials.

Gill was batting on 10 then. Gill didn't last long as he edged one off Simarjeet Singh to Anuj Rawat for 23 off 41 balls with the team's score on 60.

"The straight umpire (Mohammed Rafi) had adjudged Shubman caught behind and the batsman then walked up to the umpire and was seen having an argument asking him to reverse his decision. The straight umpire then consulted the square-leg umpire (Paschim Pathak) and reversed his decision," Delhi team manager Vivek Khurana told PTI.

Asked if there was any plan for a walk-out by the visiting side, Khurana absolutely denied any such move.

"Our skipper (Nitish) Rana just asked the umpires as to why they overturned the initial decision. We never walked out. The match referee (Ranganathan) came in and play resumed as usual," Khurana added.

DDCA general secretary Vinod Tihara said, "The match was halted for seven to eight minutes. There was nothing untoward. Our boys felt that Gill was out and that's why they asked the umpires why the decision was reversed."

Comments
Topics mentioned in this article
Shubman Gill Cricket
Get the latest updates on IPL 2020, check out the IPL Schedule for 2020 and Indian Premier League (IPL) Cricket live score . Like us on Facebook or follow us on Twitter for more sports updates. You can also download the NDTV Cricket app for Android or iOS.