Shubman Gill, who was recently named in the India team that will face South Africa in the upcoming three-Test series, scored 92 runs. 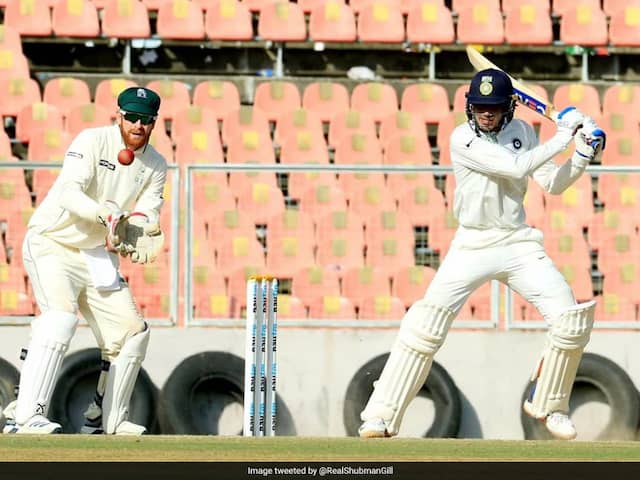 Shubman Gill and Karun Nair starred as India 'A' took control on Day 1 of their unofficial Test against South Africa 'A'. Gill, who was recently named in the India team that will face South Africa in the upcoming three-Test series, scored 92 as he shared a 135-run stand with Karun for the third wicket. India 'A' were comfortably placed at 233/3 at the end of the first day.

Gill opened the batting with Abhimanu Easwaran but the latter lasted only 17 balls as he was dismissed by Lungi Ngidi. Priyank Panchal then fell to Wiaan Mulder for six and India 'A' found themselves in a sticky spot on 31/2.

However, Gill and Karun then wrestled control of the game in favour of India 'A'.

Gill fell eight runs shy of his hundred to Lutho Sipamla after which Karun found able company in captain Wriddhiman Saha. Saha at the end of day's play was on 36 and Karun on 78 and the pair will be starting on an overnight stand of 67 on Day 2.

Karun Nair Cricket
Get the latest updates on IPL 2020, check out the IPL Schedule for 2020 and Indian Premier League (IPL) Cricket live score . Like us on Facebook or follow us on Twitter for more sports updates. You can also download the NDTV Cricket app for Android or iOS.