Shubman Gill received his maiden Test call-up as the BCCI named India's squad for the three-match series against South Africa. 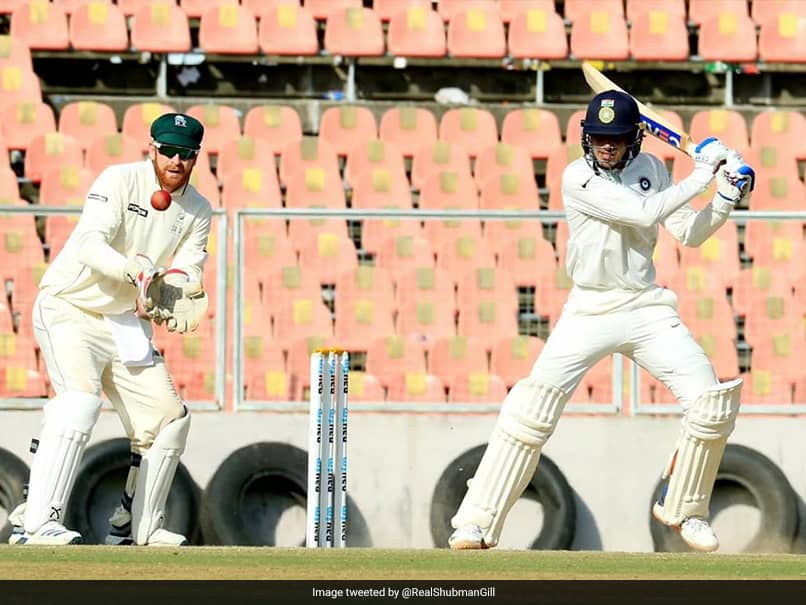 Shubman Gill was included in the Indian Test squad in place of KL Rahul.© Twitter

Shubman Gill received his maiden Test call-up on Thursday as the Board of Control For Cricket In India (BCCI) on Thursday announced India's Test squad for the three-match series against South Africa. Even after sweeping the series against the West Indies, opening batsman, KL Rahul failed to keep his place in the squad. The selectors decided to replace the 27-year-old batsman with young Shubman Gill. The 20-year-old took to Twitter to express his views after being picked in the Test team for the first time. "Be it blue or white It's always an honour to represent my country," Gill tweeted.

Be it blue or white
It's always an honour to represent my country pic.twitter.com/qfWMpwsMsw

India off-spinner, Ravichandran Ashwin also took to Twitter to congratulate Gill on being picked in the Test team.

After announcing the Test squad, chief selector, MSK Prasad told media that the management is looking to try Rohit Sharma at the opening slot after KL Rahul's poor run. "We want to give Rohit Sharma an opportunity to open the innings in Tests," MSK Prasad said.

India are currently on top of the points table in the Test World Championship with 120 points.

Fast bowler, Umesh Yadav, who was in the squad for the recently concluded tour of the West Indies, was also dropped.

Rohit will captain the Board President's XI, which will take on the South Africans in a three-day tour match in Vizianagaram from September 26.

The 20-year-old Gill's inclusion was on expected lines after he top-scored for India A in the tour of West Indies and was adjudged man of the series. He became the youngest Indian to score a first-class double hundred during the series. His exclusion from the senior team for the tour of the West Indies last month was widely criticised.

KL Rahul India vs South Africa, 2019 Cricket
Get the latest updates on India vs Australia Series, check out the India vs Australia Schedule for 2020-21 and Ind vs Aus live score . Like us on Facebook or follow us on Twitter for more sports updates. You can also download the NDTV Cricket app for Android or iOS.